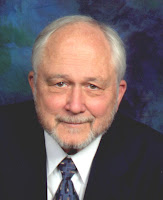 
If you don’t, they won’t be around long.
Author of Editor-Proof Your Writing: 21 Steps to the Clear Prose Publishers and Editors Crave.  Review his romance and young adult novels at http://DonMcNair.com
As always, we welcome your comments below. Let Don know if you agree or disagree with his comments and your experiences with editing and editors. Mahala
Posted by Mahala Church at 4:48 PM No comments: 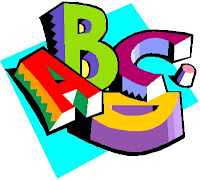 This is Barefoot Writing Academy's final post from the creative writing summer camps for teens. The new fall schedule for classes for teens and adults will be posted in the next month.

Given this prompt, two different and very creative approaches.

Things That Drive Me Bonkers
by Brenna Meehan


YOLO, zits.
Things That Drive Me Bonkers
by Tessa Herring
After breakfast chants
Drawing My Little Pony
High islands from nowhere
Losing to sore losers
Queen of farts
Watching Food Network
Yodeling fat people.
We had a grand time and I look forward to working with these teens again.                                     Mahala

If Cows Could Fly

To celebrate National Cow Appreciation Day, these creative teen authors wrote poetry. We had a blast in this class about storyboarding!  These teen authors were also teen illustrators of the first order.     Mahala

If a cow could fly just like a fairy,
It definitely would rain all that dairy.

The sky would be dotted black and white
They're not afraid to put up a fight!

So be careful what'cha say about a cow,
Because you might become their new meaty chow.


If cows could fly,
the supermarkets would have a serious problem.

If the cows flew up high,
It would rain milk out of the sky. 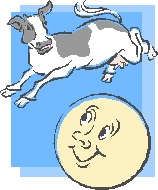 Not only would we get free milk,
But that could lead to more cookies.

So, in comes the flying cows,
To douse any cookie fires.

Over time, the world would turn into Sugarland,
With flying cows, milky lakes, giant cookies, fat citizens, and the banana boat band.


If cows could fly,
They'd poo in my eye.

They'd cause earthquakes when they land,
And they'd start a cow family band.

And when the day is done,
They'd eat onions.

Posted by Mahala Church at 5:45 PM No comments:

And the Alien Is

She has a voice like a raven and a stench like a skunk, and an organized desk that's floating in gunk.

I shake her hand - it's sticky like sugar - and I realized her face is the shade of a booger.

That's all fine, but the drawback is there's slime all over my Constitution quiz.
by Claire Powers

My first day of school and there's an issue.
My new history teacher needs a tissue.

Her face is green with slime all over
I really hope she doesn't think I'm just a pushover.

And I heard her name's Pam.

When I bumped her arm
I let out a gasp of alarm.
It felt like mine
But her eyes were as big as a sign.

She frightened me so much that my mouth was dry
I tasted salt and smelled turkey on rye.

To remove it, I was just about to ask,
Then I realized, oh..wait... It's not a mask.
by Brenna Meehan

Posted by Mahala Church at 5:09 PM No comments: