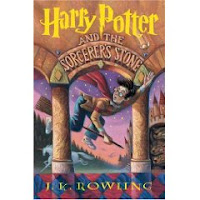 Stories in Anthologies:
In 2020:
"The Substitute" in Homeroom Heroes.
"Once in a Blue Moon" in Halloween Pieces
"Love is Immortal" in Bienvenue to the Chateau Rouge
"Call Me Kate," in Valentine's Day Pieces
Prior years:
"Puppy Love," in Finally Home, A Christmas Anthology
"A Piece of Me," in Pieces Anthology
"Hobbes House Noel" in Hometown Heroes, a Christmas Anthology
"Bad Day at Round Rock," in the Western anthology, The Posse
Dauphin Island, AL, essay in The Mississippi Gulf Coast and Neighboring Sites
"A Fool's Gold,"in Tributaries
"Hobbes House" Christmas is a Season 2009
"The Blue-eyed Doll" Christmas is a Season 2008
"Dancing with Daddy" Christmas Through a Child's Eyes
"Don't Ride the Clutch" Cup of Comfort for Divorced Women