It has been such a pleasure to welcome so many talented and well written authors to our blog this year. Today, the exuberant, well published and honored,  P. T. Paul visits.  She received her B.A. in English from the University of Montevallo in 2007, and her M.A. in Creative Writing from the University of South Alabama in 2009. Her thesis, “Southerner” was the first creative writing thesis chosen to represent the University of South Alabama in the Coastal States Graduate Schools Master’s Thesis Competition, and was also the first creative writing thesis to win the USA University-wide competition for the outstanding thesis in the 2010-2011 competition. “Southerner” was published as “To Live & Write in Dixie” by Negative Capability Press in 2010, and is available at negativecapabilitypress.org and Amazon.com. 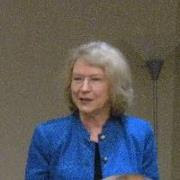 P.T. is currently working on a novel and a book of poetry and will be included in the upcoming “Literary Mobile.” Her eclectic style has placed her work in numerous publications and earned many accolades. She was featured in the 2012 spring issue of Avocet Nature Journal and the April 2012 Birmingham Arts Journal “Storm” edition. That edition included her first prize poem “Another Word for Gone” from the Alabama State Poetry Societys’ “Storm” competition. P.T. was interviewed in the October 2011 inaugural issue of the Baldwin County Now “Boomers” magazine which featured excerpts from her novel-in-progress Hope Is For Sissies. She was a featured reader at the 2011 Alabama Book Festival, and featured fiction writer in Connotation Press’s April 2011 edition, in which her short story “We R Books” was published.

P. T. writes book reviews and blogs for the Alabama Writers Forum, and is President of the Pensters Writing Group, which is celebrating its 48th year on the Eastern Shore of Mobile Bay, and has over 100 members. She has taught Creative Writing for the Eastern Shore Institute for Lifelong Learning (ESILL), and poetry and prose at the Writing Center in Mobile, is a member of the Alabama State Poetry Society and the Alabama Writers Forum.  In her spare time (purely tongue in cheek), she has been published in the Oxford American Magazine, the Birmingham Arts Journal, the Austin International Poetry Festival anthology, the Limestone Dust Poetry Festival anthology, the Tower, the Oracle, and other publications, and has won numerous scholarships and prizes for both poetry and prose.  And here is an inkling of why her work is so highly valued.


The Importance of Writing About Ordinary Lives

As I prepare to teach a class on memoir for the Odyssey program at the University of South Alabama, I am reminded of a story told to me by an acquaintance. He was conducting a writing workshop and one of his students was a quiet, middle-aged woman.

“So,” he asked, after reading her one-page character assignment, “why did you decide to write about being a policeman?”

“Because they have such interesting jobs,” she replied.

“Then, why don’t you write about YOUR job?”

“Because I’m just an ordinary cook. That’s not very interesting. Policemen are interesting.”

“Cooks can be interesting, too. I’m sure we can find something interesting about your job. We’ll work on it together. Now, where do you work?” 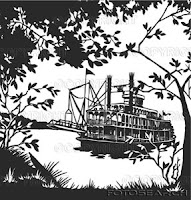 When I decided to pursue my Masters degree in Creative Writing at the University of South Alabama, I realized that I had been writing for most of my life about my search for identity, and that the result of my efforts was actually memoir. But I doubted that anyone would find my ordinary, humdrum life worth reading about.

It was not until my first book signing at Bienville Books that I understood what I had written. After reading “To Live & Write in Dixie,” my oldest nephew informed me that he had learned more about his family history from my memoir than he had ever known before. I had breathed life into the faded photographs in his mothers’ album, had given him the story behind the names and dates in the family Bible. I know now that this is perhaps the highest and best use of memoir – to wrap the flesh and blood of memory around the bare bones of history.

And this is true no matter who you are or how ordinary you believe your life to be; whether you’re a policeman, or just a cook on a riverboat.

Posted by Mahala Church at 9:37 AM