cj Sez:  I have a writing partner who had to leave a long-time relationship with a critique group because someone took a personal dislike to her and made the meetings miserable. Not a nice thing, and certainly one no writer should have to experience. The fact is, finding a compatible critique group is almost as hard as finding a spouse (okay, maybe not THAT hard).


I know my words aren't going to please everyone, but what I hope to get out of each meeting are objective comments. I also know that may not happen 100 percent of the time, and that means I analyze critiques of my work on a bell curve. 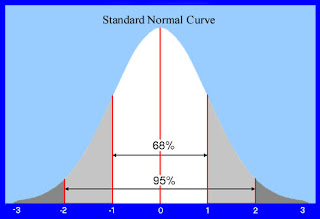 Those at either end of the bell curve (Junk↔Marvelous) carry less weight and are generally discarded, after I digest them, of course. Sometimes I can find a nugget in there that says maybe I should tweak a line or two or three. The critiques I really look at, however, are those that cluster in the middle; that is, they seem to focus on the same thing. That's when I know for sure that I've missed on something at that point.


I've also found that the level of experience of the writer/reader is important to how I analyze the critique. A newbie writer who reads a lot in my genre may make exactly the comments I need to consider because she/he could be rendering the opinion of my on-the-library-shelf browser, the person I want to entertain. I've been fortunate to have multiple critiquers of that caliber. They were very helpful. I’ve also encountered writers who try to squash everything into her/his voice and rules. A bit pedantic, perhaps, but helpful in the long run. (I must admit I tend to that personality quirk much too often, but I'm working on it.)


Yep, the bell curve works for me, even though negative critiques can sometimes get my goat before I discard them. I've learned that writers have to keep an open mind and be thick-skinned in order to keep writing.


Now for some BSP (blatant self promotion). I eQueried Crimson Romance publishers for the romantic suspense novel I recently finished, and (drum roll) they offered me a contract!  The tentative title is “CONFLUENCE OF TERROR.” I’ll be dropping hints and blurbs about the story from now until publication, so stay tuned. (Now I have to get cracking on my next manuscript--I'm only on Chapter 13.)


In the meanwhile, here's a wish for wonderful successes with your work, and I’d love to hear how you dealt with the personalities you’ve encountered in your critique groups. You are in one, aren't you?


You-all guys keep on keeping on, and I’ll try to do the same.