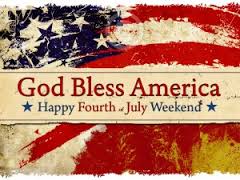 “The Declaration of Independence *


We celebrate American Independence Day on the Fourth of July every year. We think of July 4, 1776, as a day that represents the Declaration of Independence and the birth of the United States of America as an independent nation.


But July 4, 1776 wasn't the day that the Continental Congress decided to declare independence (they did that on July 2, 1776).


It wasn’t the day we started the American Revolution either (that had happened back in April 1775).


The Continental Congress approved the final wording of the Declaration of Independence on July 4, 1776. They'd been working on it for a couple of days after the draft was submitted on July 2nd and finally agreed on all of the edits and changes.”


John Hancock, the first signatory, was the only person to sign on July 4.


The Lee Resolution, also known as the resolution of independence, was first proposed by Richard Henry Lee of Virginia on June 7, 1776. It is the earliest form and draft of the Declaration of Independence.