cj Sez: Bouchercon was amazing. I heard there were about 2,000 people there. The first lady I met at the check-in desk was from Aukland, New Zealand. I met a panelist from Wales, and another from Iceland, and still others from England. On Saturday, on my way back to my hotel for the day, I spoke with a lady from Toronto, Canada. And those were just a few of my encounters. I can’t imagine how many countries I missed.

Fans of best-selling authors were everywhere, and on Saturday, they were en masse. Michael Connolly interviewing Harlan Coban in a crowded-to-the-walls ballroom was a highlight for me.

And, and, and there were two ballrooms filled with tables and tables and row after row of books…made me feel like a kid in a candy store whose mother had given her a quarter to spend.

Today, I’d like to chat briefly about the amount of preplanning necessary to bring a scene to life and ultimately the story. Every chapter ought to answer these questions: Who did what when where why and how? Ultimately, any novel with a satisfying ending has answered them as well.

Let’s start with who and what. Character and conflict. Almost always an intriguing scene/story begins with the action of a character in conflict, either on the page or in some narrative. This is true whether it’s a memoir or a mystery. To be interesting, to be the character a reader can relate to and commiserate with, s/he needs conflict.

Conflict doesn’t have to be an argument or a threat. It can be as simple as having a flat tire when s/he gets ready to leave for work. Knowing how a character should react to any and all conflict is an author imperative. Since the conflict is stronger when it’s internal—a part of their personalities—authors need to spend time creating characters’ bios before they start writing. 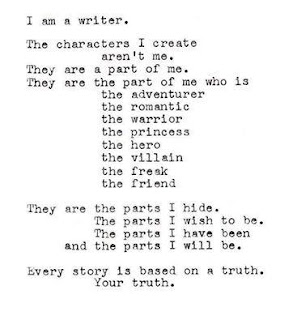 Where were they born? When were they born? Any siblings? What was the home situation like? Is s/he a loner? If so, what caused that? Are they vain? Ego-driven? Church-going? Each one of these questions has the potential to cause conflict, and conflict is what is needed for a great novel. And for the real emotional drama, there needs to be internal conflict...conflict that arises from the way these people look at life.
The hero and heroine—just like all of us—have habits that were decided long ago…before your story started. The hero may have decided that no one is going to help him succeed. If anything, they’re going to help him fail, so he has to look out for himself. His way of dealing with that is to never trust anyone. As a character in the story, he must react that way in all of his scenes until the story’s character arc changes that attitude. The heroine may have become the proverbial middle child who thinks the way to succeed is to become the center of attention. She will always say and do things to achieve that goal unless her character arc changes.

Remember though, lengthy backstory dumps are both disrupting and unnecessary. Readers are carried along on the characters’ actions.

When you're building conflict into your characters, you have to know who they are and what they want and how far they’ll go to get what they want. The answers are an ideal place for the conflict to begin 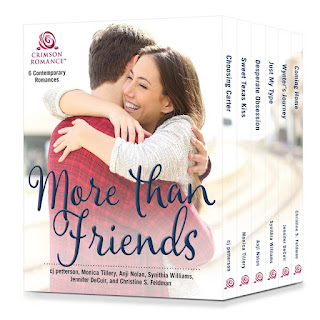 PS: Got your perfect Christmas present right here—for you and the BFF who loves reading a good story. Choosing Carter is in the bundle of six romance novels, “More Than Friends,” launched on Sept 19—it’s available until February 2017 for 99 cents. It’s not too early to be thinking of Christmas presents, and here’s hours and hours of entertainment for less than a buck! Check it out and after you’ve read them, please leave the authors an Amazon review. Thanks.

Email ThisBlogThis!Share to TwitterShare to FacebookShare to Pinterest
Labels: Bouchercon 2016, Bouchercon 2017, Characters, Choosing Carter, cj petterson author, conflict, Deadly Star, More than Friends, true characters, who what when where why and how