It's all about the drama

cj Sez:  Having worked as a journalist for a few years, I tend to write sparsely, more often than not, too sparsely, and I catch myself revealing things way too early. To justify my methodology, I usually point to Kurt Vonnegut’s eight rules. 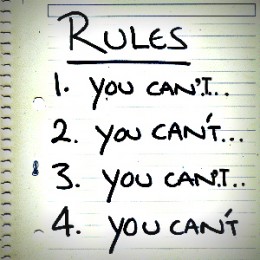 Vonnegut's rule No. 4 says: “Every sentence must do one of two things—reveal character or advance the action.” I know what you’re thinking, and you’re right, rules are made to be broken, or there are no rules. However, some rules are best kept for a while, especially by yet-to-be-bestselling authors like me.

I pretty much write like a screenwriter. I visualize the scene and write to that. There’s no room for narrative in movies; it is all action. By necessity, writers of TV series think in terms of every scene and every line, because for each hour-long show, they have about forty-five minutes to tell the story, beginning to end.

I wrote about producer David Memet’s memo to his writers a couple of years ago, but now that I’m in the midst of starting a mystery series, I revisited the piece to help keep me on track.

David Mamet, executive producer of the TV series, “The Unit,” had some serious instructions for the show’s writers. He was so serious that his memo virtually shouted. (He wrote it in all capital letters, and he had an "inviolable rule.") He directed his writers to concentrate on writing drama if they expected to keep their audience entertained. Because if they lost their audience, they’d be out of work. Following are excerpts of that memorable memo:

QUESTION: WHAT IS DRAMA? DRAMA, AGAIN, IS THE QUEST OF THE HERO TO OVERCOME THOSE THINGS WHICH PREVENT HIM FROM ACHIEVING A SPECIFIC, ACUTE GOAL.

SO: WE, THE WRITERS, MUST ASK OURSELVES OF EVERY SCENE THESE THREE QUESTIONS.

THE ANSWERS TO THESE QUESTIONS ARE LITMUS PAPER. APPLY THEM, AND THEIR ANSWER WILL TELL YOU IF THE SCENE IS DRAMATIC OR NOT.
(cj: Unless you’re writing a memoir, and perhaps even then, those three questions are pertinent.)
/ / /
START, EVERY TIME, WITH THIS INVIOLABLE RULE: THE SCENE MUST BE DRAMATIC. IT MUST START BECAUSE THE HERO HAS A PROBLEM, AND IT MUST CULMINATE WITH THE HERO FINDING HIM OR HERSELF EITHER THWARTED OR EDUCATED THAT ANOTHER WAY EXISTS.

LOOK AT YOUR LOG LINES. ANY LOGLINE READING “BOB AND SUE DISCUSS…” IS NOT DESCRIBING A DRAMATIC SCENE.  (cj: They write loglines for every scene.)

cj’s Little Note:
A logline is a 25-word synopsis of your book.
A tagline is a catchy “movie poster” phrase.

Examples for Jaws –
Logline – After a series of grisly shark attacks, a sheriff struggles to protect his small beach community against the bloodthirsty monster, in spite of the greedy chamber of commerce. (from J. Gideon Sarentinos  http://bit.ly/1D90FmH

Tagline – Don’t go in the water.

Okay, let me know if what you think. Agree?  Disagree? Helpful?

Be sure to stop back by on Wednesday, Jan. 25, when the guest is fellow Mystery Thriller Week author Morgan Talbot who writes cozy mysteries.

Thanks for visiting Lyrical Pens. You-all guys keep on keeping on, and I’ll try to do the same.
cj
cjpetterson@gmail.com
https://www.facebook.com/CjPettersonAuthor
Amazon Central Author Page:  http://amzn.to/1NIDKC0
Choosing Carter  -- Kindle  /  Nook  /  Kobo   /  iTunes/iBook
Deadly Star --  Kindle  / Nook  / Kobo
blog at: www.lyricalpens.com
PS:  My short story "Bad Day at Round Rock" is one of six in the Western anthology THE POSSE slated to launch in February. Tales of action, romance, myth, and truth. Watch for it. 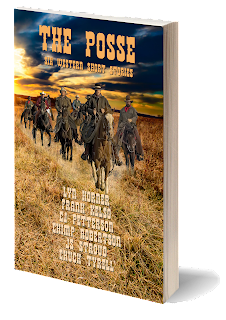