An opportunity to pick apart my writing . . .

cj Sez: I’ve been working on two mysteries, two widely disparate stories. One is the detective mystery set on the Gulf Coast that I’ve been meandering through for the past year and a half, and the other is a modern Western mystery set in Colorado.

I thought I’d give my readers chapter one of the Western mystery as an excerpt. It’s an opportunity to pick apart my writing. 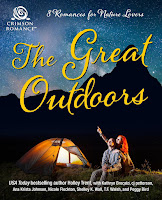 “Bad Day at Round Rock” a short story in The Posse, a Western anthology @ http://amzn.to/2lQRvcD