cj Sez: I’m not a plotter when it comes to writing stories. That is to say, I don't outline, but neither am I a real pantser. I think of myself as somewhere in between…a pathfinder. 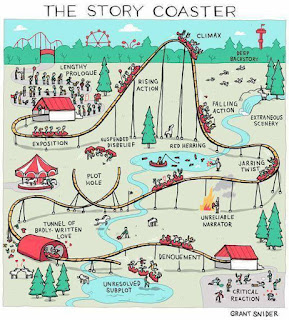 If you’re not familiar with the term, this is what I mean: 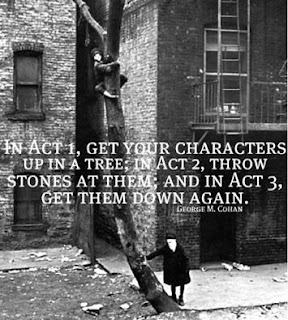 I write the first line and first paragraph and first page (subject to continual emending), and I know how I want the story to end. Not exactly how I want it to end because I’m also a linear writer. I write each scene and chapter in its time so ideas for the exact last scene won’t start to develop until about two or three chapters from the end. Once the opening is decided, I start putting obstacles in the way of the protagonist and figuring out how to overcome them; i.e., I find the path characters will take on their quest. After a few chapters, I know more about the direction the story is headed, so I type up a possible outline, knowing full well that it’s going to change.

All the upcoming unknown conflicts and resolutions notwithstanding, the biggest challenge for me is keeping track of everything. What color eyes did I give that character? How tall is s/he? Did s/he have a limp in chapter two? The name started with a “B,” didn’t it? What’s her problem? What does s/he want more than anything else in the world…and that very important question must also be answered for the antagonist. In the romance genre, the protagonist’s goal has to be happily ever after or at least some promise of HEA.

I understand that Scrivener has solutions for all that, but I don’t own Scrivener. A friend of mine uses 3x5 cards. Another tapes pieces of paper on the wall and uses different colors for characters, plot lines, and threads that need to be resolved. So, how do I keep my manuscript organized? I input those things into a Word document or an Excel spreadsheet. I use Word to do the character sketches and Excel to track the timelines of the scenes and chapters.

After I write the opening, I open Word to create a bio for the protagonist. Physical description, where born, when born, where s/he grew up (affects how they talk/think), likes/dislikes, and flaws (all protagonists have to have flaws so readers can relate to them). I do the same thing for every character I introduce into the manuscript, including any animals. In a perfect world, I update the bios as I go along because a new character’s 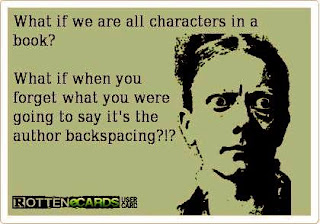 description or name often affects a previous one. These bios are vital for me to create true scenes and realistic dialogue. I want to know my characters so well that I immediately know how they will react in a given situation, what they will say and how it’s said, and what they will not do.

When I create the antagonist, I also give him/her some type of sympathetic or positive characteristic that shows up on a page somewhere. Maybe the murderer picks up stray dogs and cats and takes them to a no-kill animal shelter which he helps support financially. Yeah, that’s a bit sappy, but you see what I mean. In Deadly Star, one antagonist is a psychopath who’s intelligent, sexy-looking in a dangerous way, and loves his work. He also admires the hero and considers him a worthy opponent.

I use an Excel spreadsheet to track the timelines and to make sure all the threads are continued/resolved and characters show up when they should.

Across the top, I put the chapter numbers and under them the number of scenes. Down the sides, I put the character names and then a brief line or word about the plot/thread lines that I color-code in a bold block font to make sure I write resolutions. To make it easy for mysteries, I use green when a clue shows up in a scene and a red for red herrings. I also spell these out in a separate Word document…what, which chapter/scene, when resolved or explained.

I also note the day and time of each scene on the spreadsheet. These are usually nondescript and imaginary times. In my current work-in-progress, I’ve mentioned Mardi Gras, so I have to be sure that the thread continues in some fashion and nothing in any scene contradicts that season…and it is a “season” in Mobile, not a day. Using a real date means you’re locked in to real history.

If I forget to update at the end of a writing session. it is almost a certainty that a few days later I will discover I absolutely need that updated information. That’s when I spend way too much time playing catch-up. 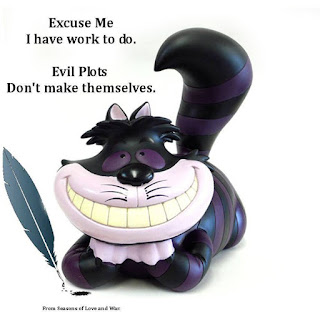 How do you keep track of your characters, scenes, and plot lines? If you’ve got an easier way, I would LOVE to hear about it. (Thanks.) 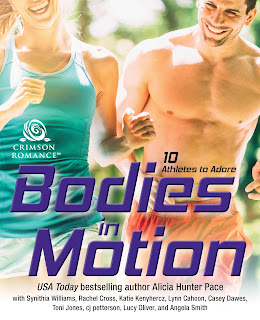 And a word from my sponsors . . .  NOW ON AMAZON:  Really amazing, super-duper deals for your summer romance reading.  A Crimson Romance bundle of 10 novels about athletes and the sports they love, Bodies in Motion,Choosing Carter.  10 wonderful reads for 99 cents on Amazon  Plus More Than Friends and California Kisses romance bundles are still available also at 99-cents.
includes my novel,