cj Sez: In his memoir, "On Writing," Stephen King shares some of his ideas on how to be a better writer.
It would be a rare day for any writer to agree with all of King’s advice while disregarding that offered by, say Kurt Vonnegut or Anne Lamont. Perhaps, though, there is one or two on the list that resonate and that you might want to adopt or adapt into your own writing process.

1-STOP watching television. Instead, read as much as possible.
2-PREPARE for more failure and criticism than you think you can deal with.
3-DON’T waste time trying to please people.
4-WRITE primarily for yourself.
5-TACKLE the things that are hardest to write.
6- WHEN writing, disconnect from the rest of the world.
7-DON’T be pretentious.
8-AVOID adverbs and long paragraphs.
9-DON’T get overly caught up in grammar.
10-MASTER the art of description.
11-DON’T give too much background information.
12-TELL stories about what people actually do.
13-TAKE risks; don’t play it safe.
14-REALIZE that you don’t need drugs to be a good writer.
15-DON’T try to steal someone else’s voice.
16-UNDERSTAND that writing is a form of telepathy.
17-TAKE your writing seriously.
18-WRITE every single day.
19-FINISH your first draft in three months.
20-WHEN you’re finished writing, take a long step back.
21- HAVE the guts to cut.
22-STAY married, be healthy, and live a good life.

cj Sez: There are a few of those that I absolutely agree with (especially number 1), but some of them not so much. How about you? Which would you adopt or adapt?
///

Monday, January 21, 2019, is Martin Luther King Jr. Day, a national holiday honoring one of the most influential and iconic leaders of the civil rights movement. It is celebrated each year on the third Monday of January, near his birthday of January 15.

Reverend Doctor King received the Nobel Peace Prize in 1964 for his work in the civil rights movement to establish equal rights for African-Americans. 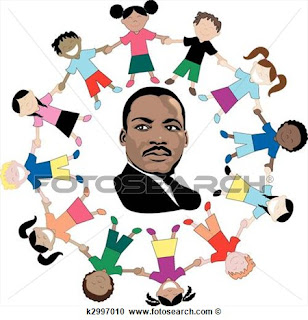 “I have a dream that my four little children will one day live in a nation where they will not be judged by the color of their skin, but by the content of their character.”
—Martin Luther King, Jr.

He was assassinated on April 4, 1968, and Congress passed a bill establishing the holiday in honor of Dr. King in 1983.

In his proclamation speech, President Ronald Reagan said: “We rejoice because, in his short life, Dr. King, by his preaching, his example, and his leadership helped to move us closer to the ideals on which America was founded.”

Another 5-star review for DEADLY STAR: "Petterson's sharp style is perfect for international intrigue. She is spot-on with her research and fills what could be boring scientific information with a hefty dose of intrigue and romance that kept me reading. Mirabel's cryptic sense of humor is perfect for her bantering with the other characters and made me laugh aloud at times. Congratulations to Petterson for creating a smart, funny, and sexy protagonist that I would like to see again. With Mirabel and Sully's backgrounds, there is potential for many adventures and thrills for years to come. Petterson's excellent descriptive detail kept me on the edge of my seat in every one of the car scenes. The romantic tension is intensified from the first page to the last, yet never exaggerated."