cj Sez:  Harlequin is looking for new talent and wants to bring more stories representing diverse voices to romance readers and announced they will accept writing submissions from September 1 to October 15, 2019.

“Harlequin’s ‘Romance Includes You Mentorship’ initiative offers aspiring romance writers from traditionally underrepresented communities the chance to work one-on-one with a Harlequin editor for a year on writing a romance novel and includes an offer to publish their book and $5,000 (US) to support their novel writing.”

If you’ve ever dreamed of becoming a published romance novelist, here’s an opportunity. Submit a sample of your writing and apply here:  http://www.soyouthinkyoucanwrite.com/mentorship/ 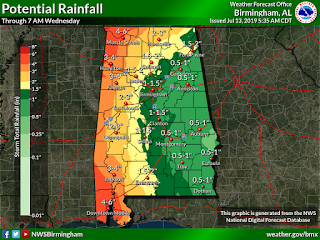 Well, tropical disturbance aka tropical storm aka hurricane aka tropical storm Barry has inundated the Gulf Coast of Alabama with a lot of rainfall (not nearly as much as New Orleans and other cities in Louisiana and Mississippi). It seriously rained all day today. Weather Alert: The storm is weakening into tropical disturbance Barry and is now moving inland and Northward toward Memphis.

I just wanted to mark my family and I safe but soggy.

The following pieces of writerly info really makes me happy:

James Lee Burke was born in 1936. I’m not that old, but it tells me I don’t have to be a twenty- or thirty-something to succeed. (Granted, I should have started earlier. Sigh)  In the back of his novel, WAYFARING STRANGER, on the “About the Author” page, I found this:  “His novel, The Lost Get-Back Boogie, was rejected 111 times over a period of nine years and, upon its publication by Louisiana State University Press, was nominated for a Pulitzer Prize.” 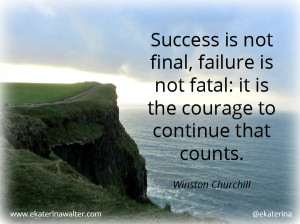 From author Chris Bradford: “There is no failure except in no longer trying.”

You get the idea. You-all guys keep on keeping on, and I’ll try to do the same.

Where did I get the idea for DEADLY STAR, you ask?... One of my sons came up with the premise. "What if what looks like an asteroid was really a satellite?" he said one night. "Suppose it was a weapon?" My imagination took over and gobs of research followed. One of the more interesting things I found was that in the 1990s, the U.S. government funded something called "Operation Dawgstar" and provided grants to college students to develop nanosatellites. I also discovered that nanosatellites were actually launched from the space station Mir in 2001 and that they possibly could go undetected by world powers for some time. The surprise meteor that hit Russia in February 2013 proved that to me. The meteor was reported to be as big a five-story building when it entered the atmosphere but wasn't detected. Scary stuff.

Buy it. I think you will fall in love with Mirabel and Sully and their struggles.

For your summertime/beach reading pleasure, stop by my Amazon Central Author Page = https://amzn.to/2v6SrAj  — at the time of this post, CHOOSING CARTER and DEADLY STAR are free on Kindle Unlimited.

To order an autographed copy of CHOOSING CARTER, DEADLY STAR, HOMETOWN HEROES, and THE POSSE, contact The Haunted Bookshop here: The Haunted Bookshop  Angela Trigg, the awesome owner and a RITA Award-winning author in her own right (writing as Angela Quarles) will be happy to ship you the book(s) of your choice.

If you send me a note at cjpetterson@gmail.com, I’ll personalize your choice, and drop it in the mail to you (cover price plus mailing).