Remember to thank a veteran

cj Sez:  Veterans Day is Monday, November 11. What is the difference between Veterans’ Day and Memorial Day, you ask . . . 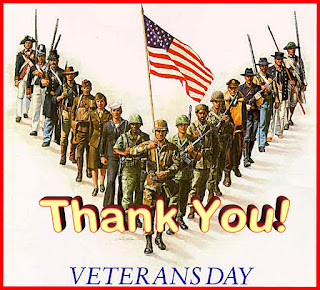 Veterans Day celebrates the service of all U.S. military veterans, including those who are still living, while Memorial Day honors those who have died while in military service.

Veterans Day began as Armistice Day in 1919 when President Woodrow Wilson declared November 11 as Armistice Day, a day to honor the fallen soldiers of The Great War for their sacrifice and bravery. The name and date were fixed by history—the major hostilities of World War I were formally ended at the 11th hour of the 11th day of the 11th month of 1918, when the Armistice with Germany went into effect.

The day didn’t become a legal holiday until 1926 and was renamed Veterans Day in 1954 at the urging of major U.S. veteran organizations. 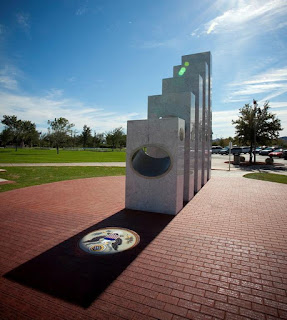 And in Arizona at precisely 11:11 a.m. on every November 11th, the sun’s rays align to complete the stunning Anthem Veterans Memorial in Anthem, Arizona, by shining an solar spotlight through each pillar’s oculus and highlighting a vivid mosaic of The Great Seal of the United States

I live free today because of brave men and women who defended the freedoms guaranteed by our Constitution. Thank you, veterans, each and every one of you.
֍

That’s it for this week’s post. You-all guys keep on keeping on, and I’ll try to do the same. See you next week?

TO ORDER an autographed copy of CHOOSING CARTER, DEADLY STAR, and the anthologies HOMETOWN HEROES and THE POSSE, contact The Haunted Bookshop here: The Haunted Bookshop  Angela Trigg, the awesome owner and a RITA Award-winning author in her own right (writing as Angela Quarles) will be happy to ship you the book(s) of your choice.

If you’re local (in Mobile area), do stop in at the book store. They make a point to shelve the books of local authors, and it’s a neat place to browse.