A guest post by Author Kaye George, smashing some stereotypes

cj Sez:  I am truly thrilled to welcome the awesome Author Kaye George to Lyrical Pens today. She’s going to introduce the intriguing latest novel in her People of the Wind series and smash some stereotypes. Take it away, Kaye! 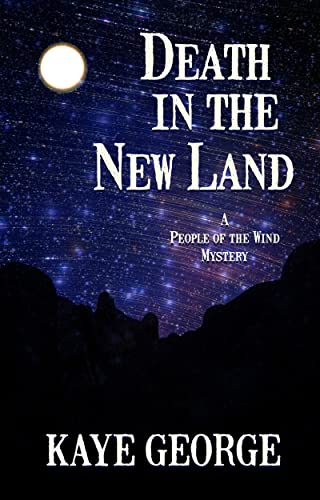 When people ask me why I write this series, smashing stereotypes is the reason. My goal is to overturn the outdated, demeaning, and ridiculous image of Neanderthals.

They were different from us, but not inferior in any way. It was once thought that they were hunched, stupid, brutish, grunting, club wielding sorts, but that was due to a visual interpretation of a particular individual who had a bad case of arthritis. No, they didn’t all hunch over or shuffle. They stood and walked and hunted mammoths.

Their bodies were built for the strength they needed and to survive the cold places where they lived. Shorter, with wider hips and torsos, they might not even be all that noticeable today if we saw them in the store.
Stupid? They had to be pretty darn smart to make a living hunting huge mammoth for food and clothing. They also survived on this planet for hundreds of thousands of years. They disappeared as a distinct species around 35-40,000 years ago, depending on which source you want to use. An accepted date is 430,000 years ago for the first fossils, which means they were around for close to 400,000 years. You and me? Our species has been on the planet for about 100,000 years. It remains to be seen if we’ll be here as long as they were.
As for being brutish, we now know they lived in small societies of 20-30 individuals and, from finding fossils of bones that had been broken then healed, they took good care of each other. They also created art on the cave walls where some of them lived. Others lived in villages and built homes of skin and mammoth tusks. I had my tribe split the difference—living in a village but with a cave nearby for ritual use.
Grunting? Voice boxes don’t survive 40,000 years, so it was once thought that they didn’t have them and couldn’t speak. However, they had all the structure they needed, so it’s likely they did speak. They may even have had a bit of symbolic writing, since some of their art consists of symbols, in addition to the pictures and handprints. Did those symbols have meaning? If so, they have been lost, but many identical symbols have been repeated in far-flung places.
Okay, here’s a couple more stereotypes: dragging the women home by the hair, and dividing their lives into male and female roles. That division was very unlikely. I countered this by having my Hamapa tribe be led by an elder woman who leads them wisely, a matriarch, elected by members of the tribe. That’s reasonable, because some older societies here are matriarchal. And some Homo sapiens societies used to be a lot more so. It makes sense to trace your lineage through your mothers and grandmothers. Before monogamy was standard, a person would always know who their mother was. It’s possible they would have no idea who had fathered them. That even happens today.
I would love for you to join the Hamapa tribe in their adventures over the three People of the Wind books!

In the first book of the series, DEATH IN THE TIME OF ICE, the Hamapa tribe must flee the approaching glacier at the beginning of the last Ice Age. This is what happened to Neanderthal tribes in real life. The animals that they depended on fled, so they had to follow,

In DEATH ON THE TREK, all kinds of disasters befall them as they encounter new lands, new people, new animals, and, of course, a murder.
Which brings us to DEATH IN THE NEW LAND, when they reach a place with a bounty of animals and, they think, safety. Of course, you, the reader, know better than that!
In DEATH IN THE NEW LAND, my intrepid sleuth, Enga Dancing Flower, is thrust into the role of detective when the beloved leader is murdered. Murder, in the society I created for the Hamapa, was so rare, they didn’t know how to react. Since Enga is clever, she steps up, knowing they can’t let a killer live with them.
§§ 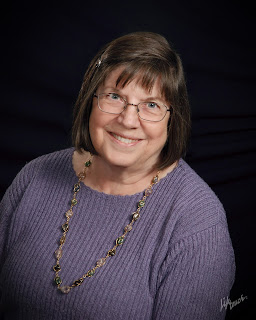 Kaye George, award-winning novelist and short-story writer, writes cozy and traditional mysteries and a prehistory series, which are both traditionally and self-published: two cozy series, Fat Cat and Vintage Sweets; two traditionals featuring Cressa Carraway and Imogene Duckworthy; and the People of the Wind prehistory Neanderthal mysteries,  Over 50 short stories have also appeared, mostly in anthologies and magazines. She reviews for Suspense Magazine and writes a column for Mysterical-E. She lives in Knoxville TN.

Keep in touch with Kaye at http://kayegeorge.com/~~  (Sign up for her newsletter here, also.)

§§
cj Sez: Thank you so much, Kaye, for sharing the real history and stories behind your People of the Wind series. My personal goal is to learn something new every day, and your post helped me do that today. Sending you my best wishes for great sales and wonderful reviews for DEATH IN THE NEW LAND.

That’s it for today’s post, folks. You-all guys keep on keeping on, and I’ll try to do the same. Prayers going up for your health and safety this year.

cj
P.S.  The Haunted Bookshop has signed paperback copies of my books in stock. TO ORDER my author-graphed books or any book of your choice on-line from an indie bookstore, contact The Haunted Bookshop here: https://www.thehauntedbookshopmobile.com/contact-us
P.P.S. Sorry … signed copies of THE BIG FANG paperbacks are not available at this time.
➜ Follow me on . . .
➜ Amazon:    Amazon Central Author Page
➜ Facebook:  https://www.facebook.com/CjPettersonAuthor
➜ BookBub:   https://www.bookbub.com/authors/cj-petterson
➜ Goodreads: https://bit.ly/3fcN3h6
Posted by Lyrical Pens at 4:00 AM