Remembering Tracy: What You Need the Most 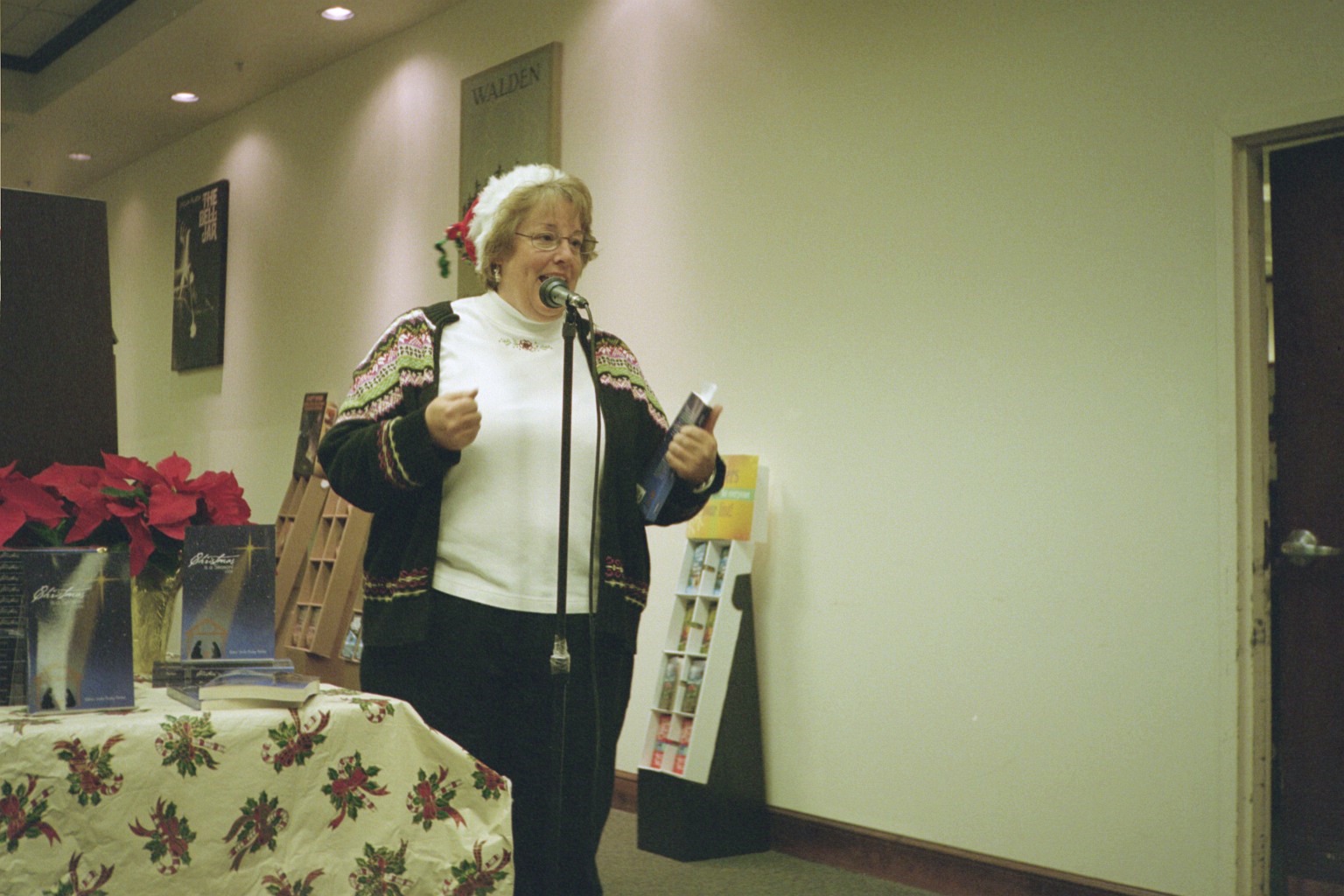 Taking a note from cj, my thoughts turn to Christmas. Since our fellow blogger, Tracy Hurley, moved to Heaven on December 1, 2010, memories of her abound this time of year. The consummate editor who taught many writers how to look deep inside their work and bring forth the kernels of emotion and truth, Tracy never used harsh words to critique our work. She guided and taught us how to be more articulate writers, producing stronger scenes and characters. It amazes me how often her name crosses my lips four years later as I teach and talk at workshops. It amazes me how often I hear her name cross other writers' lips as they talk about critiquing and revising their work to meet Tracy's standards. It amazes me the huge number of people she touched with her humor and kindness. Tracy, you are very much alive in our hearts and memories!

Following in cj's footsteps, I decided to share a Christmas short story that Tracy wrote and had published in Christmas Is a Season! 2009.  I open with her comments about why she wrote the story, because it tells so much about who our friend was.

"Every day for two weeks this past April, I sat in a lawn chair in the backyard with our dog, Riley. [ he was a very rambunctious boxer.] He'd been diagnosed with inoperable cancer and wanted to spend his last good days lying under his favorite tree. I spent many bittersweet hours enjoying his company and journaling while he watched the squirrels., listened to the mocking birds, and snuffled the various scents wafting on the spring breezes. The seed of "What You Need Most" was planted then as I contemplated facing the coming seasons and holidays without him."


What You Need Most
Tracy Hurley
For Riley
Marshall lowered himself onto the lawn chair, gripping the aluminum arms until he was sure the frayed seat would hold. Replacing the worn webbing had been on his Honey-Do list for months. He'd intended to get it done over the winter, but, as with everything else, he thought he'd have more time.
The chair settled into place, stable for now. Buster, who'd been fervently sniffing underneath the barbeque grill limped over to Marshall and lay down across his feet. He dropped his red rubber ball  between his front paws and panted contentedly.

When buster looked up at him, his caramel-colored eyes dulled by a milky sheen, Marshall rubbed his head. "When did we get so old, eh, buddy?"

A squirrel dashed past them and skittered up the trunk of the old sugar maple by the tool shed. Buster woofed once, but didn't stir. Last year he would have scampered gleefully after the trespasser, who now teetered on a low branch, chattering at them.

While Marshall wasn't paying attention, the buds on the maple tree had burst into leaf clusters. He remembered he'd had to wipe off a thick, yellow coat of pollen from the small cedar patio table before setting down his glass of Sprite. Spring had snuck up on him. The paper white crocuses in Elaine's flowerbed had come and gone, the bright yellow daffodils too. Already the heads of the late-blooming tulips drooped, red petals littering the flower bed. He'd planted the bulbs last fall while Elaine was getting treatments, savoring the look of surprise that would cross her face when her favorite flowers emerged. He sighed. He was old enough to know that things rarely turned out the way you expected them to.

The old chair lurched sideways. Marshall grabbed the arms and planted his feet, ready to abandon ship if the last of the webbing gave way. But the chair only listed to the left, sinking into the rain-softened sod he'd laid when he wasn't at the hospital. Buster picked up his ball and cocked his head at Marshall, now with a little surge of energy, ready to play.

Buster's tail would have been a menace had the breeder not docked it before Elaine picked him from a litter of seven puppies. Elaine had refused to clip his ears, thought, saying it was cruel. Besides, she'd told him the long floppy lobes were more expressive. Marshall hadn't cared either way. Twelve years later, he couldn't imagine Buster any other way. Elaine had dubbed him Otto's Maximilian of Ulrich on the AKC forms, but after Marshall kept referring to him as Buster, as in "Stop chewing my shoes, buster," or "listen, buster, if you pee on my pant leg one more time...," the name stuck.

A soft breeze scented by cut grass, loamy earth, and sweet lilacs ruffled Marshall's thinning hair. A leaf blower droned in the distance. He should lime the grass, clean the rain utters, sharpen the lawnmower blades. Instead, he pulled a crumpled piece of paper from the pocket of his flannel shirt and unfolded it. As long as items remained unchecked on Elaine's last Honey-Do list, Marshall could pretend he still had time to take her on a cruise to Alaska, remodel the attic bedroom into a craft room, or go dancing at that fancy hotel at the beach. The should-dos were easy to ignore; it was the should-have-dones that kept him awake at night.

"Come on, Buster." He pushed himself out of the chair. "We shouldn't keep Shannon waiting."

Email ThisBlogThis!Share to TwitterShare to FacebookShare to Pinterest
Labels: " Christmas is a Season 2009, cj petterson, Mahala Church, Riley, Tracy Hurley, What You Need the Most