What You Need Most: Finale

Following is the final installment of Tracy Hurley's Christmas story, "What You Need Most", which was published in Christmas is a Season! 2009. 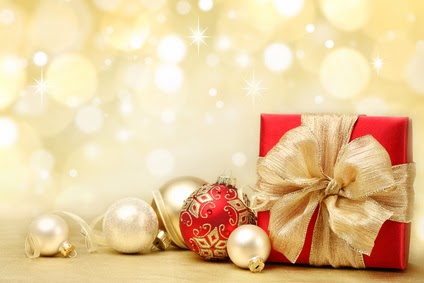 I hope you have enjoyed reading about Marshall, a recent widower, and how his wife influenced his first Christmas without her. Tracy was a very special person in the lives of many people, and it has been a pleasure to honor her this way.

What You Need Most
by Tracy Hurley
On the way home, Marshall pulled into the strip mall near his house to exchange the black boots for more practical Timberlands. He had a lot of yard work to do if he was going to sell the house. The mall was busy, so he had to park several stores down from the shoe store. Before he got of the car, he pulled out the Honey-Do list again and scratched off the last item. He crumpled it up and tossed it in the console, then grabbed the boots.

When he stepped onto the sidewalk, he activated a set of automatic doors. When they slid open, his heart clenched. He'd parked right in front of Pet Station. The last time he'd shopped there, he'd bought Buster's red rubber ball. He tucked his head and hurried up the sidewalk.

Marshall remembered he was still dressed in the baggy red pants, holly covered suspenders, white shirt, and candy cane striped vest. He should have changed. He picked up his pace, sure he'd lose control if some nutcase asked to sit on his lap.

Too late. The nutcase tugged on his shirtsleeve. Marshall whirled, his fist clenched, ready to pummel the guy.

"Santa?" The young man wore a green Pet Station polo shirt. "I'm sorry, but when I saw you walk by, I had to ask you."

"Listen, buddy. I can't promise you'll get that tricycle you want. Or anything else."

The man laughed. "No, nothing like that. I'm Jason, the pet store manager. Were in a pickle, and you could really help us out." He steered Marshall back toward the pet store entrance. The door slid open again revealing the worst looking Santa that Marshall had ever seen. Painfully thin and no older than twenty, his cheap Santa costume hung lifelessly from bony shoulders. His cotton-ball beard drooped below his own dark stubble.

"Darryl stepped in when the real Santa cancelled," Jason said. "He's a great kid, but we're doing our Pet Pictures with Santa. It starts in twenty minutes, and the animal shelter people are already here for their annual adoption drive."

He glanced around, and his voice became a pleading whisper. "Kids come to this."

A tow-headed boy, holding a turtle stopped and stared at the awful. A puzzled line deepened between his hazel eyes.

"I'll do it," Marshall said. I will keep the magic alive.

Most of the animals were well behaved. Marshall still got smacked, pinched, spit-up on, sneezed on, and peed on. And he was pretty sure that cranky bulldog thought he was "a bid old doo-doo head," but he was okay with that. Marshall smiled through dozens of photos with cats and dogs. He mugged with parakeets, turtles, ferrets, guinea pigs, a snake, and a goldfish in a plastic baggie. He beamed when a kid brought four boxers, one kissing his cheek, just as the flash went off. He was still smiling when he climbed into his car and headed for home. For payment, he'd picked out a puppy for adoption, a mutt with eyes the color of caramel.

After a quick turkey and stuffing sandwich, he climbed the stairs to his bedroom. He had some packing to do. He took Elaine's gardening Crocs out of his closet and set them in the Goodwill box. Shannon had left. By the time the news came on, the box was full. That's a start, he thought. Maybe more tomorrow. There was no rush.

When he folded his clean Santa pants over a hanger, ready for next weekend, a piece of paper fluttered form one of the pockets onto his bed. He had to hold it at arms' length to read the loopy writing.

Dearest Marshall, I know this gift isn't the one you most desired, but I knew it would be the one you needed most. All my love forever, Elaine.

Marshall kissed the paper lightly and slipped it into his shirt pocket.

A Very Merry Christmas to all of you. Thank you for being loyal followers and making our year bright.  Mahala

Email ThisBlogThis!Share to TwitterShare to FacebookShare to Pinterest
Labels: " Christmas is a Season 2009, Christmas, Tracy Hurley, What You Need the Most