How long should a novel be? 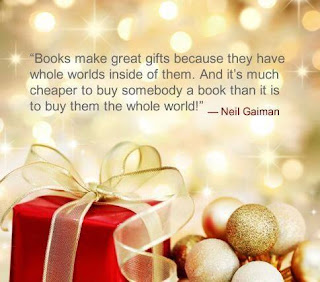 cj Sez: Back in 2012, Writers Digest contributor Chuck Sambuchino wrote: Word Count for Novels and Children’s Books: The Definitive Post. I’ve excerpted his informative post below because I think he offers “good rules of thumb” to use as a guide for writers.

“Word count for novels and books is something I don’t think about too often until I travel to a writers’ conference, and then someone asks a simple, innocent question: “How long should a book be?” With that in mind, I’ve tried to put together the definitive post on word count for fiction (novels, young adult, middle grade, children’s books and even memoir).

The most important thing here is to realize that there are always exceptions to these rules. However, aiming to be the exception is setting yourself up for disappointment. What writers fail to see is that for every successful exception to the rule (e.g., a first-time 175,000-word novel), there are at least 100 failures if not 300.

Almost always, high word count means that the writer simply did not edit their work down enough. Or—it means they have two or more books combined into one.

“But what about J.K. Rowling???” asks that man in the back of the room, putting his palms up the air. Well—remember the first Harry Potter book?  It wasn’t that long. After JK made the publishing house oodles and oodles of money, she could do whatever she wanted.  And since most writers haven’t earned oodles, they need to stick to the rules and make sure they work gets read. The other thing that will make you an exception is if your writing is absolutely brilliant. But let’s face it. Most of our work does not classify as “absolutely brilliant” or we’d all have 16 novels at this point.

SCI-FI AND FANTASY
Science fiction and fantasy are the big exceptions because these categories tend to run long. It has to do with all the descriptions and world-building in the writing.

With these genres, I would say 100,000 – 115,000 is an excellent range.
Writers tend to know that these categories run long so they make them run really long and hurt their chances. There’s nothing wrong with keeping it short (say, 105K) in these areas. It shows that you can whittle your work down.

MIDDLE GRADE
Middle grade is from 20,000 – 55,000, depending on the subject matter and age range, and the word count of these books has been trending up in recent years. When writing a longer book that is aimed at 12-year-olds (and could maybe be considered “tween”), using the term “upper middle grade” is advisable. With upper middle grade, you can aim for 40,000 – 55,000 words.

YOUNG ADULT
Perhaps more than any other, YA is the one category where word count is very flexible. For starters, 55,000 – 69,999 is a great range.

The word round the agent blogosphere is that these books tend to be trending longer, saying that you can top in the 80Ks. When it gets into the 80s, you may be all right—but you have to have a reason for going that high. Again, higher word counts usually mean that the writer does not know how to edit themselves. A good reason to have a longer YA novel that tops out at the high end of the scale is if it’s science fiction or fantasy. Once again, these categories are expected to be a little longer because of the world-building.

PICTURE BOOKS
The standard is text for 32 pages. That might mean one line per page, or more. 500-600 words is a good number to aim for.

WESTERNS
There wasn’t a whole about this on agent and editor sites, but from what I found, these can be anywhere from 50K to 80K. 65,000 is a solid number to aim for.

MEMOIR
Memoir is the same as a novel and that means you’re aiming for 80,000-89,999. However, keep in mind when we talked about how people don’t know how to edit their work. This is specially true in memoir, I’ve found, because people tend to write everything about their life—because it all really happened. Coming in a bit low (70-79K) is not a terrible thing, as it shows you know how to focus on the most interesting parts of your life and avoid a Bill-Clinton-esque tome-length book.”

Thanks to Chuck for sharing that info.

And cj Sez: Before you submit, be sure to check the agency’s website for their specific requirements.

Is your manuscript word count in the ballpark for the genre? 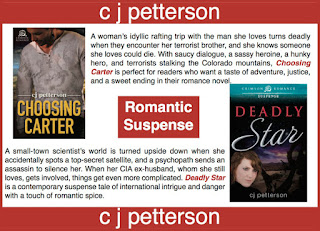 Okay, you-all guys keep on keeping on, and I'll try to do the same.