As we rush around to meet and greet and purchase and return, 2016 is making a wild dash in our direction. With the constancy of change in the world of publishers, agents, and genres, I pledge not to let it overwhelm me again this year.  It’s enough to drive us to write with crayons (have you seen the new coloring books for adults?) and chalk, ignoring anything with a plug or battery. When I asked a teen what she wanted for Christmas last year, her response was “anything that begins with a lower case i.” She has the same wish this year; after all, there are more i's to choose from.

While I use technology to write and edit in my freelance work, and I have mastered three new software systems this year—master may be stretching things—I am pleased with my new ability to add some really, really cool colors and pictures, which I now know how to crop—to my website and blogs. I created my own website: http://editwriteteach.com, have a monthly newsletter, and offer classes online.

I still love a pencil and a pen.
My fingers unleash creativity via a handheld instrument and I do not mean an electronic pad, probably because I grew up writing with chalk on my school slate. Wait! That was my parents.

We have enough experience with e-books now to know that books from traditional publishers weeded out the wheat from the chafe, something I am grateful they do and wish more authors would practice. However, with the “big guys” like Stephen King, Carolyn Haines, and J K Rowling, moving to indie and self-publishing, I’m following their gigantic footsteps to release my first novella in 2016. This summary article posted on June 26, 2015 on Book Works elucidates some of the problems I’m referencing. With a slant to self-publishing, this piece is still a good summary article. https://www.bookworks.com/2015/06/why-stephen-king-j-k-rowling-joe-konrath-and-others-are-switching-to-indie-publishing-at-least-on-some-of-their-books/

Writers are chasing a moving target, but innovation can be a good thing. (Think sticky notes and cell phones.) I will be testing the market to see if my work is viable with readers. My work primarily set in the fifties in the Deep South is a World War II retrospective. It has brought me a surplus of confusion in critique groups—a total of six, as well as feedback from writers in Chicago, Hawaii, and Texas—and includes such a hodge-podge of feedback, that I’ve decided to take it to the market and let readers decide. Personally, I want my work in hard copy, so companies like Amazon, don’t change or decide to follow their own rules one day and dump it, but I’m going to test it in Kindle shorts or direct at an absurdly low price.

Here are a few examples of the critiques and by the way, they all say without exception that my writing is beautiful, they love my characters and can see my settings, and the voice of my protagonist is spot-on.

So what is the problem? Take a look at these examples. 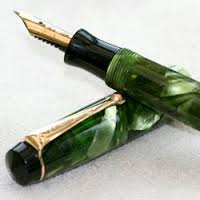 There is more, but I imagine you have the idea by now. So what to do with the feedback? Read it, value it, and toss out what I don’t like, things all writers know. I finally decided to revise it for the trillionth time and put the work out there to see what happens.

If I don’t get it published, I will still be writing and revising inside my coffin or vase or at the bottom of the sea.