Flogging the Fear of Failure

cj Sez: Watched a TV interview with James Patterson this morning, and I was encouraged to learn that his first novel was rejected thirty-one times before it was published. Even after publication, it didn’t “do all that well.” Failure didn’t discourage him; it encouraged him. He wanted to write. 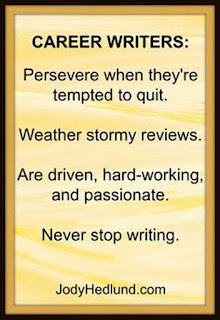 So, where did his worldwide success come from, besides having some natural talent for story telling? What he did was set about learning and analyzing the genre he wanted to write, so he could become the best writer he could be. Like most authors (I think the generalization is true), he started out writing part-time because he had a day job. Now, he writes full-time, every day but Sunday. As of January 2016, his books have sold more than 350 million copies worldwide.

From bios I’ve read, many, if not all, successful writers have some fear of failure, especially at the beginning of their careers. Perhaps they get an idea they’re excited to develop. The words flow like magic onto the page, but the farther they get into the writing, the more they start to second-guess their story-telling abilities. Doubts creep in: Someone’s already told this story, better. No one is going to read this drivel. It’ll never sell. 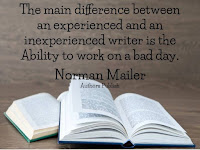 Those possibilities exist for all authors, even James Patterson, Stephen King, Patricia Cornwell, et al., and sometimes, though not often, they have a book that doesn’t sell. Fortunately for their fans, they never stop writing their wonderful stories.

In his memoir, On Writing, Stephen King writes: “I had been playing with the idea of writing a little book about writing for a year or more ///but had held back because I didn’t trust my own motivations—why did I want to write about writing? What made me think I had anything worth saying? The easy answer is that someone who has sold as many books of fiction as I have must have something worthwhile to say about writing it, but the easy answer isn’t always the truth.”

If you want to reduce your chances of failure, study the craft…workshops, conferences, writers’ groups, read-read-read…and publish a professional, well-edited book. 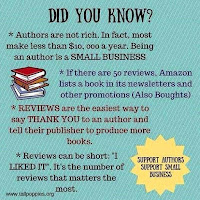 I also suggest that you write for yourself first. When you’re the only one you have to please, it reduces the stress of arranging coherent sentences into a story arc on a blank page.

What was the first thing you wrote? A poem? A memoir? A little piece of fiction? If you’re like me, you kept it and every once in a while, you resurrect it and wonder, “What was I thinking?”

Passing on a note:  2016 Killer Nashville Scholarship Offer . . . The deadline isn't until July 1, so you have time. Hop on over to www.fundsforwriters.com/killernashvillescholarship for more details.

That’s it for today. You-all guys keep on keeping on, and I’ll try to the same.

PS:  The toons are from Facebook.
Posted by Lyrical Pens at 10:52 AM