Tax day is not April 15, and a field of dreams 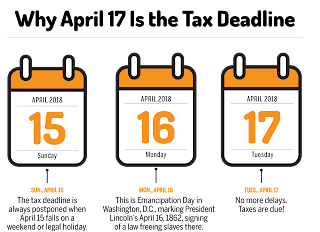 It’s also the last day to make a contribution to an individual retirement account (IRA) for it to count against 2017 income, the last day to file a tax extension, and the day quarterly estimated tax payments are due for those who make them.

So why is tax day not on April 15 this year?

It’s because of a combination of the 15th falling on a Sunday and a holiday unique to Washington, D.C., falling on Monday the 16th.

The nation's capital celebrates Emancipation Day to mark the date that President Abraham Lincoln freed slaves there in 1862. Yes, it's a holiday only for D.C., but it affects when taxes are due, so tax payers get a two-day extension this year.

Next year’s tax day will be on the standard date of April 15.
***
I have a conundrum. Now that Crimson Romance is closed, do I self-publish or join the hunt again for an agent or another traditional publisher?

There are advantages and disadvantages to either choice, of course. The first things I noted in my research are: 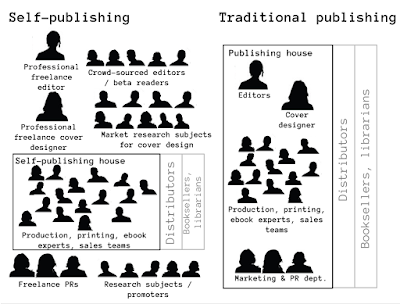 ~ Self-publishing allows the writer to keep everything s/he nets from the sale of the stories/novels. I say “nets” because, unless the sale is on Amazon or through an indie book store which collects the taxes, the author is responsible for that.  However,
It also means authors must contract and finance everything: editing (please do not try to publish without this step), cover design, layout, production, marketing, publicity, distribution, storage, marketing, and maybe selling out of the trunk of their vehicle because libraries and book stores may not agree to carry the books.
Unless there are beau coup sales, the author has trouble recouping launch and marketing expenditures.

~ The traditional approach means the writer is only responsible for writing the story plus some of the marketing and promoting. However,
S/he also earns a smaller (sometimes a lot smaller) portion of the sales revenue.
Don’t count on a pre-publishing cash advance, because they are disappearing like ice cubes in a cup of hot tea.

~ Self-publishing allows the author to publish when s/he feels the story is ready and often that is much sooner than a publisher could schedule.

Oh yeah, the thought that sales dollars flow directly to me is enticing. That said, the up-front costs might be a barrier for me. On the one hand, I'll have to see where guesstimates of fees lead me. On the other hand, all of that is really chaff.

As a writer/author, however I'm able to publish or not, success is really all about writing a good story that readers want to read. (Sounds like a motto to me.)

Sounds also like my field of dreams: If I write it, they will come.

Which reminds me, since I’m still learning to speak Southern, I found the following from linguist Michael Montgomery:  Montgomery claims that “y’all” goes back to the Scots-Irish phrase “ye aw,” and he offers as evidence a letter written in 1737 by an Irish immigrant in New York to a friend back home: “Now I beg of ye aw to come over here.” Montgomery’s hypothesis is that "ye aw” was Americanized into “y’all,” which is indeed a contraction of “you all” but would not have come into being without the influence of the Scots-Irish phrase.

My version is simply what my oldest granddaughter said when she was about six. She has a Southern mama who says “y’all,” and a Northern daddy who says “you guys.” One day, exasperated while trying to get their attention, she blurted out, “Hey, you-all guys!” I figure if it’s good enough for her, it’s perfect for me. 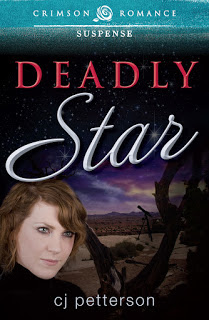 A 5-star review of DEADLY STAR from “Avid Reader.”
5.0 out of 5 stars Amazing book!
Scientist Dr. Mirabel Campbell finds her life in danger as well as several friends when her hobby of star gazing has her stumbling across something no one was supposed to see. A top-secret nanosatellite. When her ex-husband Sully shows up at the most opportune time to save her life she also has to deal with long-buried emotions. And it turns out Sully isn't who she thought he was. But Mirabel is extremely intelligent and it doesn't take long for her to see that 1+1=her! And her discovery along with her scientific specialty makes her the target of a mysterious psychopath who sends an assassin to silence her. Sully & Mirabel obviously have unfinished business but secrets drove them apart once, will they again? When I first read the premise of this book I almost didn't read it but the review ratings changed my mind and I'm so glad they did. Kept me on the edge of my seat. This action packed drama filled book has a high rating for a reason. IT WAS GREAT!
Buy it now at http://amzn.to/2kZt9uJ
Qrtly newsletter sign-up:  cjpetterson@gmail.com
cjpetterson/author on Facebook
Amazon Central Author Page =  https://amzn.to/2v6SrAj
Simon&Schuster Author Page = https://bit.ly/2uo1M0Z