cj Sez: Do you realize it’s May already? May is a very important month in the lives of so many people. My family is among all those happy groups celebrating graduations. CONGRATULATIONS to all the achievers. 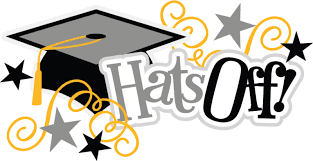 My youngest granddaughter, Maggie Rose, graduated from high school last week, and my oldest granddaughter, Johanna, graduates from college on Saturday.Where did the time go? When I moved to Mobile, the youngest was three and sitting on a pillow so she could reach the mouse to play games on my computer. Now, she’s about five inches taller than I am. No short jokes allowed.

With Mother’s Day coming up next Sunday, I’m wishing my mom could have known them as the beautiful and caring women they’ve become.

Before I get really maudlin, I think I’ll pick up the pace and leave you with an excerpt introducing the hero in CHOOSING CARTER. Enjoy:

Carter Danielson kicked a boot against the doorframe before the screen door opened with a squall, and he stepped through the doorway.
Bryn flopped back in her chair. “You’re just plain evil.”
“Now what’d I do?”
“Not you. This silly game,” she said and pointed to the monitor. “I’m playing hearts against the computer, and it’s cheating.”
Carter bowed low in front of her and peered at the screen, one hand behind his back. Bryn thought for the umpteenth time that he didn’t look his thirty-eight years. His face was unlined, except for that scattering of crow’s feet that crinkled in the corners of his eyes when he smiled. 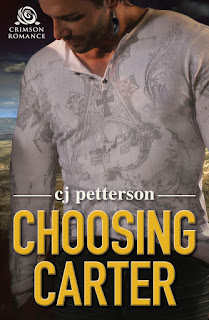 While he was checking out her card game, she surveyed his lean form. The rolled-up shirtsleeves of his red-plaid cotton shirt exposed muscular, reddish-brown forearms. A skinning knife topped by an elk-horn haft rested in a hand-tooled, tanned leather sheath looped onto a black leather belt. His jeans were comfortably old, the blue on the thighs faded almost white. And even if she couldn’t see them, she knew he had on scuffed, walnut-colored work boots. In stocking feet, he stood two inches on the far side of six-feet tall, and by the time her gaze had wandered back to his face, he’d pushed his sunglasses onto his baseball cap and was watching her map his body. She looked up into turquoise-colored eyes that always caused an odd, hollow feeling, like hunger, in the pit of her stomach. Caught, she stifled a giggle.
He obviously enjoyed her appraisal because he sent her a warm smile and slowly shook his head. “You need to get a life,” he said in a voice that exactly matched low D on a piano keyboard and carried the vaguely melodic lilt of his grandmother’s Cherokee tongue.
She decided his smile and the sound of his voice dulled more of her headache than the aspirin had. “What’s behind your back?”
He brought out a thorny stalk topped by a cluster of three pink-tinged, yellow, floppy roses. He breathed in the fragrance, stripped away the thorns between thumb and forefinger, and held out the stem. “Don’t say I never give you anything.” He pointed at her hair. “I see you have a new hairstyle.”
That he had noticed pleased her, and she ran her fingers through the cut that had changed her nut-brown ponytail to short curls. “Easier to take care of. Thank you for the roses, even if you did snitch them from my garden.”
“Don’t I get credit for remembering that the Peace bushes are your favorite?”
“I’ll think about it,” she said with a smile then spun around to a rickety three-shelf bookcase. She lifted a frayed bouquet out of the gold-rimmed, old pitcher on the top shelf, tossed the dripping twigs into a trashcan, and then dropped in the fresh stem.
“Working on a job?” he asked and nodded at the computer.
“Yes and no. I just finished some ad copy for a client and added a bit to my journal before you caught me playing games.”
“You sure don’t look old enough to write a memoir.”
“Don’t be a smart-aleck. It’s a journal. Someday, maybe I’ll write my memoir, but I’m not old enough or brave enough yet.”
His eyebrows shrugged in mock disbelief. He pointed toward the door. “I’ll bring some machine oil for that screen door the next time I come.”
“No, that’s okay. It talks to me. Tells me when you’re coming in, so you can’t sneak up on me. I like it that way.”
“Ah.” He leaned against the desk and folded his arms across his chest. “The old Squealing Door Alarm System.”
“The price is right. Besides, it works as good as any and better than some.” She tapped her watch face. “What are you doing here at this time of day on a Friday? Shouldn’t you be over in Jensen to pick up some paying customers?”
“Not today.”
“The world’s greatest Colorado outdoors guide has no clients?”
“Nope. The Knuckle-Ball Express isn’t flying. The smoke coming off Roundtop has it grounded.”
“I can’t imagine anyone wanting to fly in that aluminum tube over smoke and hellfire anyway. The thermals would be horrendous,” she said, remembering her last flight.
On a good day, the sleek eighteen-seater that made the short hop from Salt Lake City to Jensen dipped and dropped like a major league knuckleball as it surfed the wind currents over the Wasatch Mountain Range. Moans, including her own, erupted as passengers reached for barf-bags or punished the armrests with white-fingered grips.
“If you came here because you have nothing to do,” she said, “I think I can come up with a list.”
He glanced at her. “I bet you can, but I do have something to do. I’m getting ready for our date. You do remember we were going to go rafting this weekend.”
“We talked about that weeks ago. I forgot. You said ‘our date.’ Would that be like a boy-girl thing?” she asked and cocked her head.
“Nope. We made a plan to celebrate your birthday, and . . .” he looked at the calendar icon on his watch, “by my reckoning, June 13 is this weekend. You about ready to go?”
She wrinkled her nose. You’d be so easy to love. If only you’d let me. “I think I need to beg off. Got a lot of deadlines to meet. Can I get a rain check?”
“Birthdays come once a year as I remember. Want to postpone until next year?”
“There’s fresh coffee,” she said to change the subject of another birthday coming up and gain time to think.
“Smelled it,” Carter said and headed in the direction of the coffee pot. He doffed his baseball cap, hung it on one of the hooks twisted into the wall near the door. A lock of coarse hair, black as a raven’s wing was how his mother described it, escaped his ponytail tied low with a narrow, leather bootlace. He wrapped the errant strand behind an earlobe where a tiny, silver feather earring dangled.

Were you drawn into the scene in the Deep Point of View places? Do you have a hint of these characters’ personalities and what’s going on between them?