A podcast and a bit about character arcs

I’m joining some of my fellow Bienvenue Press authors for a Romancing the Reader podcast later this afternoon (March 3), when we’ll talk about our stories.
We record at 3 p.m. CST, and the podcast will be available shortly after. Be sure to drop by the Bienvenue Press Readers and Writers Facebook page for more info and a link to the Romancing the Reader page to have a listen.
***
Okay, do you know the real answer to the question, What is a character arc? 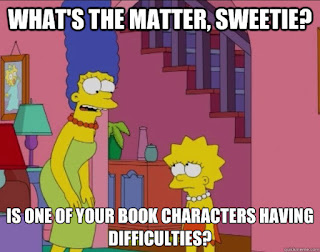 s
I’m guessing most of my writer/readers know the answer. The simplistic answer is "The arc is the change that a character undergoes during the course of the story." But what causes that arc? Two things come to mind.

A strong, believable character will have a definable goal and will have some kind of fear that could prevent her/him from achieving that goal. I’m not talking about a phobia, although that certainly may be an abiding fear. I have a phobia about spiders, but I learned to stop squealing when my sons were small because I didn’t want to teach them by example to fear the creepy crawlers. That was my change, my personal character arc.

Maybe a character’s goal is to be successful in a new career but is almost irrationally afraid of failing…again. What kind of personality does that create? Another character, having been rejected once, may fear/resist commitment to another relationship. Then, in spite of that fear, s/he develops an attraction to another character (a popular conflict in romance stories). Characters’ goals and fears and backgrounds drive their responses, emotionally, physically, and verbal, throughout the story.

To help me understand exactly how all the characters in my stories will react and what they will say, I write character bios before I begin her/his path through the story. Of course, I start with the protagonist and then the supporting characters. I also write one for the antagonist, and I give him/her a vaguely sympathetic flaw to further complicate his persona. My character bios are never static until I type “The End.”  I will edit/emend most all of the bios as I write the story.

Deciding what I want my characters to fear establishes their internal conflict. The challenges they face and how they respond causes them to change over time. They learn from their responses. Good or bad, they are no longer the people they were at the beginning of the book. There is a change that readers can identify and perhaps commiserate with. A multi-layered, conflicted personality is what makes the character interesting to the reader. 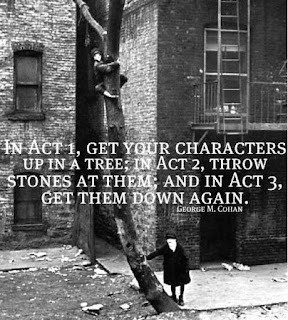 I’ve used this cartoon many times…get your character up a tree then throw rocks at her/him. Give them one problem after another, hurdles that cause them to confront fears and make a yay or nay decision…that a plot point, a turning point, a point of no return for the character, like when Bruce Wayne decides to become Batman. 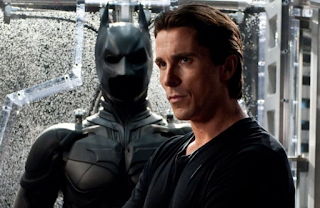 What about authors? Our first goal is to write a marvelous story that people will want to read. There are others that come after, like getting it published. But what do authors fear? I think my biggest author fear is writers’ block. However, Fiction University’s Facebook page linked to an interesting article that started out with “What’s your deepest darkest fear? And what are you going to do about it? The camera’s rolling.” Read the column here:  https://bit.ly/2GVtME4

Review excerpt: "Botanist Dr. Mirabel Campbell falls into a deadly scheme of murder, political intrigue and potential biochemical warfare when she spots an unnamed star in the night sky. Unaware that she has innocently stumbled into an elaborate plot which involves the FBI, CIA, foreign diplomats and murderous assassins, Mirabel must figure out what and who is behind the deaths of people near and dear to her." (cj Sez: Things get even more complicated when her CIA ex-husband gets involved, and she discovers she’s still in love with him.)
Free on Kindle Unlimited.
NEW: Buy a signed copy of my books from my local book store: The Haunted Bookshop.

Drop me a note to sign up for my quarterly newsletter:  cjpetterson@gmail.com
cjpetterson/author on Facebook
Amazon Central Author Page =  https://amzn.to/2v6SrAj
Simon&Schuster Author Page = https://bit.ly/2uo1M0Z
Posted by Lyrical Pens at 4:30 AM