cj Sez: It may or may not feel like it where you are right now, but I’m here to inform you that SPRING HAS SPRUNG … can mosquitoes be far behind?  If you live where I do, they’re already here.

Equinox: There are only two times every year—September and March—when the Earth’s axis is tilted neither toward nor away from the sun. It’s that instant of time when the plane of Earth’s equator passes through the center of the sun...the sun shines directly on the equator and the length of day and night is nearly equal. 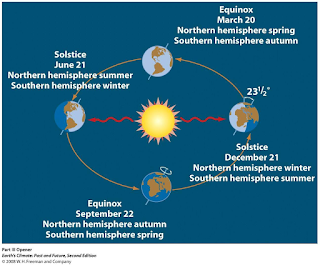 cj Sez:  There must be a story idea in there somewhere. What if the instant that the equinox occurred could trigger some kind of awful device that put all of earth in jeopardy? What if the world powers have hired the protagonist to find the person(s) holding the earth ransom, but he has only a few short days to prevent Armageddon?
*** 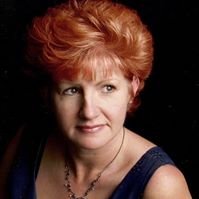 Now a brief lesson on “The Royal Order of Adverbs” as presented by author/editor Joyce Sterling Scarbrough.

Joyce also says: In actual practice, of course, it would be highly unusual to have a string of adverbial modifiers beyond two or three (at the most). Because the placement of adverbs is so flexible, one or two of the modifiers would probably move to the beginning of the sentence: “Every afternoon before supper. Dad impatiently walks into town to get a newspaper.” When that happens, the introductory adverbial modifiers are usually set off with a comma.

You can follow Joyce on her Facebook page: https://bit.ly/2HPOIMv
Her amazon author page:  https://amzn.to/2TTMGC8
Her “Blue Attitude” blog at http://joycescarbrough.blogspot.com/ 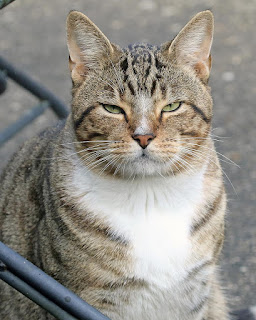 sometimes-indoor, amiable lump, Buster, was lounging peacefully on my lap last week when something, the TV or a catmare, startled him. Bless his heart.

Sensing an opening over my head, he made a mad dash for safety and used my face as a launching pad. Fortunately, he left only one slice in my cheek and a couple of punctures. Prescriptions for antibiotics and antibacterial creams later, I now have more facial character and another story to tell. I am extremely happy I wasn’t twenty-one when this happened, else there would be a plastic surgeon’s bill on the horizon. (I tend to scar easily.) It’s amazing how quickly one’s life can change or be changed. I could use some prayers that the injuries continue to heal without infection and leave little or no scarring. Please, and thank you.

cj
Free on Kindle Unlimited at the time of this post:  CHOOSING CARTER

Bryn McKay goes on a rafting trip on the untamed Yampa River with her best friend, naturalist and outdoor guide Carter Danielson—and she wouldn't mind if things turned romantic. Unfortunately, Carter is a recovering alcoholic who shies away from commitment. That is, until the two of them stumble across her revenge-seeking brother, and they must flee for their lives.

Will Carter figure out where his heart lies? Will Bryn have to face her biggest fear: watching someone she loves die?

Pick up a copy to find out how their story ends.

Little note: Print copies of my books are becoming scarce as Simon&Schuster winds down their support of the Crimson Romance imprint. HOWEVER, you can support an indie book store and order an autographed copy of my books here: The Haunted Bookshop

Angela Trigg, the awesome owner and a RITA Award-winning author in her own right (writing as Angela Quarles), will be happy to ship you the book(s) of your choice.