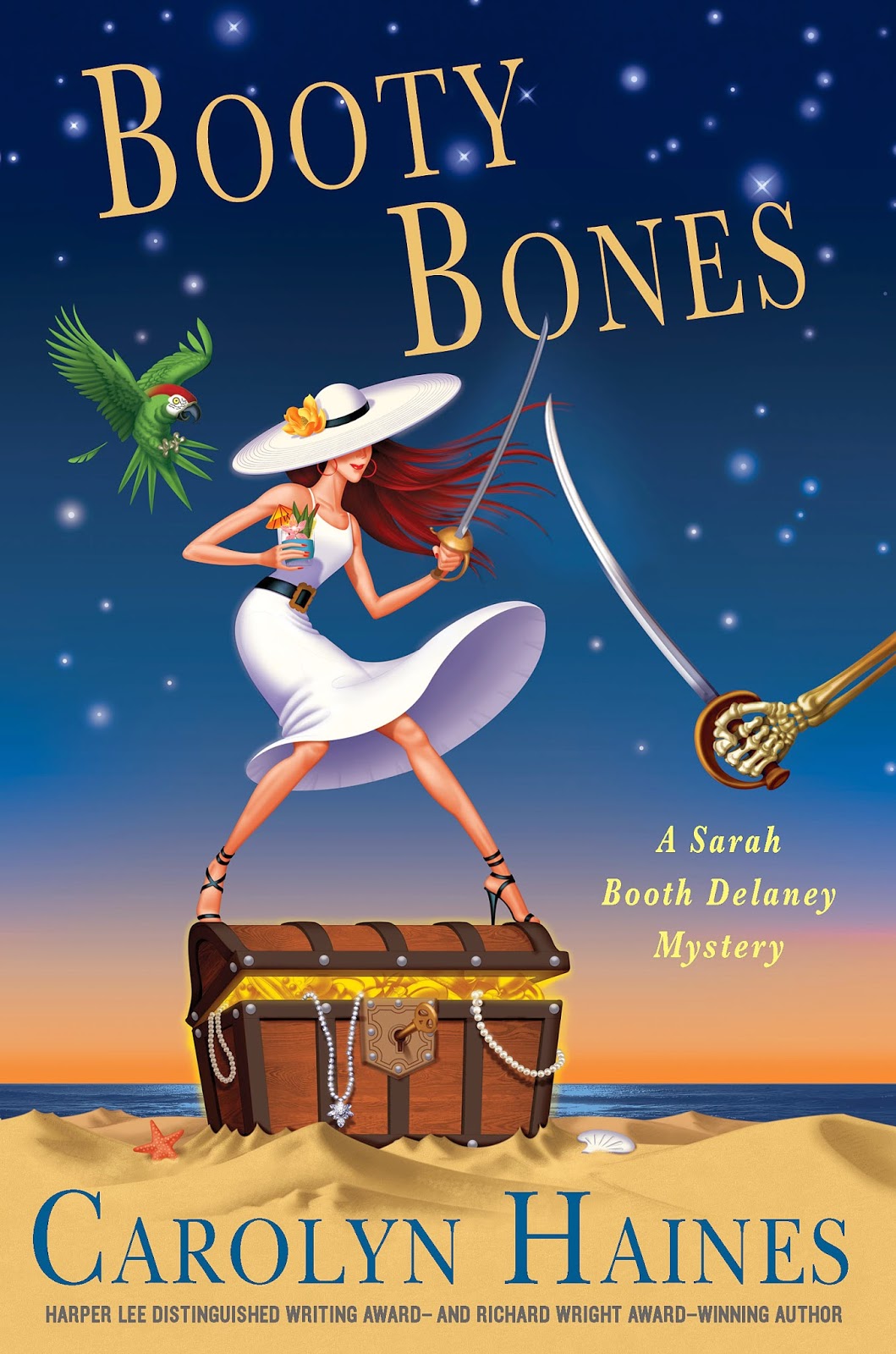 cj Sez:  First let me plug a friend's book, "BOOTY BONES."  Author Carolyn Haines is a prolific (and fantastic) author of more than seventy books, and this one is from the Sarah Booth Delaney (and Jitty the ghost) mystery series.The paperback version is arriving on Amazon  Feb. 15, and pre-orders are being taken now. Check it out and place your order at:  http://amzn.to/1L7hC4y


So far, I’ve managed to "somewhat" keep my writerly resolution. I’ve written something almost* every day. I sat down at the computer and keyboarded clever dialogue and scenes (ha!) into my work-in-progress, even if it was only for thirty minutes. My next goal is to write a consistent hour. (*I missed a couple of days but made up for it by writing extra time the next day.).


How are all y’all (I read somewhere that "all y’all" is the plural of "y’all") guys doing with your writing so far this year?


I know Mahala’s post recommended that writers not make resolutions, but I tend to think the opposite. I may not keep the resolution, but I feel guilty when I don’t . . . especially after I’ve told “the world” that I would do something. Feeling guilty makes me write more often than I would had I not made the resolution. (Does that make sense?)


This afternoon, I spent an hour or so finding definitions to some of the verbiage in Charles Krauthammer’s book, Things that Matter.  I absolutely love learning new vocabulary. His collection of published columns is chock full of new information for me. Most of the words I understand within the context of the sentence, but I still want to know what the word means, exactly. Such searches have been a favorite pastime for as long as I can remember. My prize for winning the 6th grade spelling bee was a Webster’s dictionary with my name engraved in gold on its blue cover. I wore the thing out. (For all you twenty-somethings out there, Dictionary and its cousins, Encyclopedia and Library Card Catalogue, are the generic ancestors of Google and its second cousin, twice removed, Wikipedia.)


Okay, time to quit and get to the task of reviewing the manuscripts of my fellow critique-group members. We meet tomorrow afternoon.


To inspire you to look at your own WIP, I’ll leave you with one of Elmore (Dutch) Leonard’s famous first lines:

Chris Mankowski's last day on the job, two in the afternoon, two hours to go, he got a call to dispose of a bomb."—Freaky Deaky (1988)

You-all guys keep on keeping on, and I’ll try to do the same.
cj
Posted by Lyrical Pens at 10:36 PM