A perspective on reviews

cj Sez: I thought at first I’d do a post on the coming of fall, so I did a Google search of The Old Farmer’s Almanac for the official date of the 2015 Autumnal Equinox (4:21 a.m. September 23). I was astounded to see that 412 people gave the Almanac an average rating of only four-and-one-half stars. Why not five stars? Facts are facts, folks. The other stuff is folklore (as they say it is) and projections based on historical data and should be taken as such.

Maybe some of those picky people were complaining about the layout of the site. It could use a better design, perhaps. It’s not gorgeous, and I’ll admit some of the ads (which probably allow the website to be self-sustaining) are yucky and distracting. But the page is navigable and not the real issue.

One commenter wanted to know when exactly autumn arrives this year and then, because he didn’t see it, complained about having to scroll to the bottom of the page to enter comments. He and the commenter who agreed with him obviously missed the top headline of the article, and I quote:

The info was repeated in the first subhead as well, and I don’t know about you, but I’ve never seen a comment box near the top of a website.

I’ve seen reviews by people who purchased an item on Amazon then rated the product one star because they thought delivery took too long. Had nothing to do with the quality of the product.

So where am I going with all that? It’s to reinforce why comments and reviews need to be put in perspective. I go back to the bell curve example (the one I usually use for critiques). Don’t let the bottom naysayers get you down. A fellow writer was grieving a one-star review on Amazon that complained about something that wasn’t even in her novel. The reviewer hadn’t read the book. On-line trolls abound. 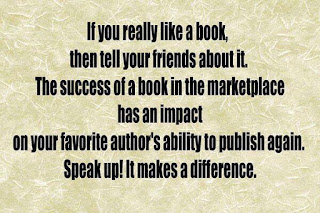 We can’t realistically expect all reviews to be five-stars (though we’d love them to be). I admit to having pangs when someone dings a story. Yes, it skews the “average,” but then I re-read the good reviews that I do have (some posted, some not) and settle down. I remind myself that I cannot please every reader out there. Duh. That’s the reason there are a gazillion different stories in multiple genres for the gazillion readers.

A one-star review from an on-line troll should be nothing to grieve. Consider the source, and please do not respond to the reviewer. That might dig a deeper, darker hole than you want to dive into.

Speaking of reviews . . . have you taken the time to give an on-line review for the latest book you read?