cj Sez:  The paperback version of Choosing Carter launched on Wednesday, and I have a copy in hand! The cover is even nicer in "real life." 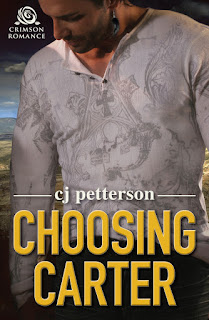 If you get a chance to read it, do me a favor and review it on Amazon as well. Appreciate it!


Today, I was privileged to speak to the Baldwin Writers Group in Daphne, AL, and had a great time. Thanks, folks, for the kind invitation. I very much appreciated the opportunity and your hospitality.

One of the topics I spoke on was the importance of a good, inviting opening line, opening paragraph, or opening chapter. You read a lot of advice that says start a story in the middle of some captivating situation. This is the hook with which a writer can snag the reader’s interest.

Ken Follet, in The Pillars of the Earth, starts off with “The small boys came early to the hanging.” Wouldn’t you want to find out more?

This one from Toni Morrison’s Paradise speaks volumes:  “They shoot the white girl first.”

One of my personal favorites is from Corrie ten Boom’s memoir, Prison Letters: “From time to time, I wrote short sketches on scraps of paper.”

In a 2013 interview with Joe Fassler, Stephen King said: “An opening line should invite the reader to begin the story.” He goes on, “For me a good opening sentence really begins with voice.” He thinks readers are drawn to the story because of the voice of the writer.

In each of the opening-line examples above, I believe you can get a good sense of the author’s voice, how the rest of the story is going to be told.

Introductory lines are hard to write and generally fluid; that is, they change as the writer gets further into the story. King, himself, said it used to take him months or even years to settle on an opening line. (I doubt it takes him years now, considering how prolific and masterful a writer he is.) He also said, “A really bad first line can convince me not to buy a book—because, god, I’ve got plenty of books already—and an unappealing style in the first moments is reason enough to scurry off.”

Wow, would I hate that. All those hours and months that turned into years wasted because I blew the first line.

For both of my romantic suspense novels, I tried to develop first lines that fit both the story and the genre.

And for Choosing Carter:
Bryn McKay’s body ricocheted off the passenger door as the pickup, engine roaring, veered from one side of the Colorado mountain road to the other.

What do you think?