Another Party Heard From

I'm the third member of the Lyrical Pens, and like CJ somewhat new to the world of blogs. I'm told the world is hanging by a thread to find out what I ate for breakfast and how many days I've procrastinated about cleaning out my flowerbed. I'll call that last sentence foreshadowing and keep you in the dark a little longer. One thing you'll notice as I write, I'm a big fan of descriptive adjective and adverbs, often over the complaints of my critique groups.

I am a voracious reader, mysteries - both new-age (Patricia Cornwell and Janet Evanovich) and pre-twenty first century (Anne Perry, Jeanne M. Dams, and Jacqueline Winspar.) I truly like cozy mysteries. They make the reader think for a change and yet they don't get mired down in the unbelievable violence of so many of today's books. My second major reading interest is in character driven plots (Sue Monk Kidd and Pat Conroy.) I think the study of human nature and familial interactions are too, too amazing. Real life is the true drama or "where it's at" as the kids say. I absolutely adore subtle humor intertwined with the story.

I fell in love with books sitting on my mother's lap while she read poetry and fairy tales. By the age of ten, I was driving the librarians crazy in the small Georgia town where I grew up because I had read every biography and mystery for my age group and kept wandering into the adult sections. Finally, with my mother's permission, the librarian would help me pick out books that "didn't reveal too much." My mother's favorite book was Gone With the Wind from which she often read excerpts to me, so I was weaned on character driven plots blended with humor, tragedy, and adventure.

After highschool, I got busy with life and went to nursing school while I still wrote copiously in too-many-to-count composition books for twenty years. I was in healthcare management for those same twenty years and at work, I wrote manuals, procedures, bylaws, etc. I started my own writing and editing company during those years (and still do some) helping businesses and other healthcare businesses with their documents. I tend to be very organized, so that was a bonus in the business world. {If you saw my office right now, you would fall over laughing.}

In 2001, I retired and got serious about writing fiction and personal essays, but guess what I did first? I spent many, many, many (love those adjectives) hours reading through all those stacks of composition books, studying my plot ideas, my characters, my settings. It was all there, albeit a bit messy, and I started to write, using all that valuable material as the foundation for my stories. Several of my personal essays sold, which was gratifying. My first serious critique group looked over a number of the short stories and told me I had a novel in progress. Imagine my surprise! I'd been writing a novel and didn't know it! I've just finished it, after a lot of study on the craft of writing - books and classes and DVDs, and now I am a stack of compostion books short now that it's all in the computer and in a contiguous story format. And guess what? It is full of character studies, humor, and suspense. Who knew?

While I'm doing the first of, no doubt, many major revisions to the manuscript, I'm wading back through stacks of notes and ideas {I have a file cabinet full} to decide what novel I want to write next. I love ghost stories, so who knows....?

As for my flowerbeds, it's too hot in Mobile to work outside right now, unless you do what a friend of mine does. She puts boxes of frozen corn or peas or whatever's in the freezer in her bra and heads outside to thaw them while she gardens. I just don't see myself digging in the dirt with frozen veggies stuck in my undies, so the garden is on hold till the spring. Oh, I didn't eat breakfast this morning.
Open a Book and Discover the Possibilities!
Mahala
Posted by Mahala Church at 12:12 PM 1 comment:

The Hinges of Hades

When the local weather people issue a heat advisory warning in Mobile, you know it's hot! Yesterday, my outdoor thermometer read 104.1°--in the shade. With the heat index (think hot AND humid!), we're running about 110-115° in these parts. And, yes, as a Yankee* who grew up in the Green Mountains of Vermont, I ALWAYS complain about the heat. But there is a writing connection to this latest bout of grumbling.

During this heat wave, with my flipflops melted onto the pavement, my hair frizzed like Little Orphan Annie's, and sweat pooled around my feet (and I'm talking inside with the AC blasting), I'm trying to imagine snowmen and mittens and ice skating on the pond while I come up with a Christmas story submission for Excalibur's anthology (see cj's post below for more info). Instead, I keep having visions of Santa, eyebrows singed and his red suit smudged with the ashes, in this case not from a chimney but from the flames of the Inferno of the Damned. Actually, the story's shaping up into a great horror tale, but the anthology is not called Halloween is a Season! 2009.

Even cranked down to Ice Age temperatures, my old decrepit AC system is barely managing to cool the house off to the mid 80s. (But I LOVE you AC—please don't break down on me now!) 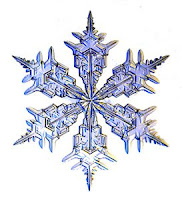 So, for now, I'm going to work on my current WIP, a mystery I call FM. My old WIP, the still-unfinished-after-so-many-years Young Adult novel PI is still close by. I jot down a note or 2 every now and then. But I'm hoping that the structure of a genre novel will help me actually complete an entire novel. Then, with that confidence tucked in my pocket, I can go back and finish the YA book that keeps getting away from me. (I have written at least 10 different ways to get my protag from his home to the island where the actual story takes place, but then I can't seem to figure out exactly what to do with him. Or more likely, there are too many things I'm trying to incorporate and can't seem to manage writing any of them.)

Can you work on more than one project at a time?
I didn't think I could, but I'm going to try.

My writing goals for this week: write 15 new pages on the mystery WIP and figure out which of the 5 Christmas stories floating in my head to write.

*We New Englanders don't like to refer to ourselves as Yankees, but not for the reason some may think. As Red Sox fans, we are loathe to associate ourselves in any way with that team in the Big Apple who stole the Babe (and Johnny Damon).

Toe in the water so to speak

Okay, I'm officially blogging -- new concept for me, sharing conversations with the wunderkin of writing. And if you're on this site, you MUST be a wunderkin of writing. Introductions are in order. My particulars are: c j petterson, live in Mobile, raised two sons, enjoying three grandchildren, been single for more years than I was married, and on Aug 25, am one year post-heart surgery . . . which was a real surprise because I didn't know I had a problem heart. I worked out, ate "moderately well," and worked in my two-acre yard. Stay alert out there, ladies.

On the writing side of my personal info, I didn't get quasi-serious about writing until 2003, and I've enjoyed a bit of success recently. Three of my short/short personal essays were published in anthologies in 2008 ("Cup of Comfort for Divorced Women," "Christmas Through a Child's Eyes," and "Christmas is a Season, 2008").

I'm now re-energized to get back at a real writing schedule. Fellow Penster Tracy Hurley and I are scheduled to attend a writing retreat in Connecticut in late September, the facilitators are published authors S. W. Hubbard, Roberta Isleib, and Hallie Ephron--fellow Sisters in Crime members. The really good thing about the Seascape Retreat is that I now have to set a working schedule in order to meet the deadlines for critique pages. Sigh.

I have several works-in-progress, but the one I'll be using for the September retreat is something called "Deadly Star" (action/adventure, woman-in-peril stuff). It's in its third revision, and I think/hope it's going well. I have two other W-I-P pieces, one short story to be submitted before July 30 to Excalibur Press for consideration in "Christmas is a Season, 2009." (IF you’ve got a story you’d like to have considered, Excalibur’s website is under construction, but Linda Busby Parker is the contact and her blog site with instructions is: http://www.lindabusbyparker.typepad.com/)

The other piece in my mind is a young adult story—no working title yet and only about a thousand words into the storyline. The teenaged protagonist is one Erik Matheson with an unusual problem.

I’ll keep you updated as I progress because I’m jazzed about learning a new genre.

That’s all for now, folks. I’ll just keep on keeping on, and you do the same.