DEADLY STAR is in galley form

I just received the pdf copy of the galley for DEADLY STAR. I can use that to invite people to read the story in unedited draft form then ask them to rate it on Amazon when the cover is done...in a few weeks. Crimson Romance also sent me a format sheet to use for press releases. 2013 is starting off as an exciting year—in more ways than one.

All of this good news is moderated by a root canal "fix" that failed. I'm now looking at oral surgery sometime in January or early February, bone grafting, then several months of more work and healing after that. That will probably throw a kink in some public appearances to promote the book, but I am absolutely sure it won't keep me from marketing my story in some way or another.

Back to the good news: I think readers will be surprised to find that DEADLY STAR is an action/adventure story turned suspense romance that incorporates international politics, nanosatellites (real things), assassins, frankenfood fears, and more.

Posted by Lyrical Pens at 3:21 PM No comments:

Tis the season of hope

I pray your homes be warmed with love and your hearts filled with joy at this wonderful time of year.

Merry Christmas to you and yours from me and mine.

cj
Posted by Lyrical Pens at 11:20 AM No comments:

On to the next round 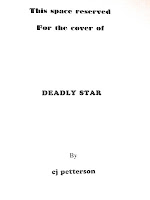 cj sez:  I did it! Stayed up until the wee hours of the morning and returned the edited manuscript of DEADLY STAR to the publisher. Got an e-mail back about 9 (seven hours later) saying, "I'll let you know if our second reader has any questions."

Great idea, I think, having a second reader, but sigh and double sigh as I learn the ropes of publishing. At least anything else coming down the Pike will be after Christmas. Now I can finish shopping, wrapping, baking, and cleaning before I have company on Christmas Eve.

Thanks to all those nice folks who sent me encouraging notes. That is very much appreciated.

You-all guys keep on keeping on, and I'll try to do the same.
cj


Posted by Lyrical Pens at 2:41 PM No comments:

cj sez: I'm supposed to be working on the DEADLY STAR manuscript edits, but I've been at it for about ten hours and needed to take a break. So here I am talking with you.

To my mind, this is the season to chow down from December 6 (Lucia Day in Sweden) to January 6 (Three Kings Day). A friend recently forwarded me an e-chain-mail with some advice on how to eat during the holidaze, and I am relieved to learn that I am doing exactly the right thing. I do have to wonder about the mind that thought these up.

1. Avoid carrot sticks. Anyone who puts carrots on a holiday buffet table knows nothing of the Holiday spirit. In fact, if you see carrots, leave immediately. Go next door, where they're serving rum balls.

2. Drink as much eggnog as you can. And quickly. It's rare...you cannot find it at any other time of the year but now. So drink up! Who cares that it has 10,000 calories in every sip. It's not as if you're going to turn into an eggnog-alcoholic or something. It's a treat. Enjoy it. Have one for me. Have two. It's later than you think. It's Christmas!

3. If something comes with gravy, use it. That's the whole point of gravy. Gravy does not stand alone. Pour it on. Make a volcano out of your mashed potatoes. Fill it with gravy. Eat the volcano. Repeat.

4. As for mashed potatoes, always ask if they're made with skim milk or whole milk. If it's skim, pass. Why bother? It's like buying a sports car with an automatic transmission.

5. DO NOT have a snack before going to a party in an effort to control your eating. The whole point of going to a Holiday party is to eat other people's food...for free. Lots of it. Hello?

6. Under no circumstances should you exercise between now and New Year's. You can do that in January when you have nothing else to do. This is the time for long naps, which you'll need after circling the buffet table while carrying a ten-pound plate of food and that vat of eggnog.

7. If you come across something really good at a buffet table, like frosted Christmas cookies in the shape and size of Santa, position yourself near them and don't budge. Have as many as you can before becoming the center of attention. They're like a beautiful pair of shoes. If you leave them behind, you're never going to see them again.

8. Same for pies. Apple, pumpkin, mincemeat. Have a slice of each. Or if you don't like mincemeat, have two apples and one pumpkin. Always have three. When else do you get to have more than one dessert? Labor Day?

9. Did someone mention fruitcake? Granted, it's loaded with the mandatory celebratory calories, but avoid it at all cost. I mean, have some standards.

10. One final tip: If you don't feel terrible when you leave the party or get up from the table, you haven't been paying attention. Re-read these tips; start over, but hurry. January is just around the corner. Remember this motto to live by:

"Life should not be a journey to the grave with the intention of arriving safely in an attractive and well-preserved body, but rather to skid in sideways, chocolate in one hand and wine in the other, body thoroughly used up, totally worn out, and screaming, "WOO HOO what a ride!"

You’all guys keep on keeping on, and I’ll try to do the same.

cj
Posted by Lyrical Pens at 12:45 AM No comments: 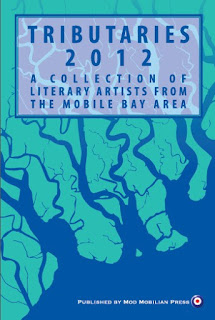 cj
Posted by cj petterson at 10:17 AM No comments:

This is for Tracy

Today, I got my countersigned contract from Crimson Romance for DEADLY STAR. I think Tracy would have been soooo excited. I can just hear her scream whoo hoo! She worked with me on this story for a few years ( ! ), and her editing prowess is part of what made the manuscript what it is. Thank you, Tracy. I miss you.

I also had a new photo taken today…actually a whole bunch of photos. Unfortunately, they all looked like me instead of Sophia Loren, but I think there's one that will work for the book.

Okay, off to work on editing another work in process.


cj
Posted by cj petterson at 7:08 PM No comments: