As the weeks passed this summer, I set myself the goal to have AFDOC polished and ready to go to readers by January 1, 2011. To that end, I sequestered myself in my office and wrote six or more hours a day seven days a week, which isn't as hard as it sounds since the temperature every day in Mobile was 100+ degrees with 85% humidity. I turned on my fifties music and wrote like a mad woman. I tend to do things all or nothing. The result has been a completed manuscript with way more words than I need. Cutting is easier than adding - right? Try telling that to my writing ego.

I have cut a lot. I really have. But alas I still hover at the 600 page level. Since this isn't an epic saga but a fifties retrospective, obviously a lot of words have to go. I cut several thousand words and add several thousand with the hope that eventually the deletions will override the additions. One touchstone I use is the axiom that everything in the middle of the book should lead back to the beginning. {It takes a lot of words to do that kind of loop!} That's logical but verbose writers {as I tend to be} can meander off the beaten path faster than you can say peanut butter cookies. 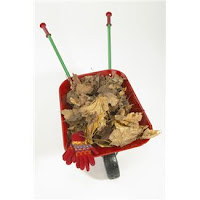 Last week when the temperature in Mobile plummeted to the low eighties with a low, low of sixty-nine in the mornings, I cut back my writing to work in my flower garden. Pulling literal weeds gave me time to consider my literary ones. After mulling over pacing and plot points, this week I am focusing on specific patches of weedy writing in AFDOC, but I'm saving my precious words {weeds} to use in another story some day. Tomorrow is another day and all that.

According to Madden's Revising Fiction which I love, after Virginia Woolf spent five years and completed nine revisions, her first book was finally published - The Voyage Out. She sat down to read it and recorded her feelings in her diary. "...such an assortment of patches...here simple and severe...here frivolous and shallow....The failures are ghastly enough to make my cheeks burn...and then a turn of sentence...makes them burn in a different way."

And that sums up where I am. In today's vernacular, Did I do that?

Write to get it right. Mahala

Posted by Mahala Church at 2:45 PM

Email ThisBlogThis!Share to TwitterShare to FacebookShare to Pinterest
Labels: Too many words, Virginia Woolf