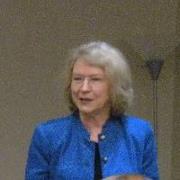 We welcome P.T. to Lyrical Pens again. Her following insights into poetry and Shakespeare are good fodder for a discussion, and we hope you will give her feedback.

“Southerner” was published as “To Live & Write in Dixie” by Negative Capability Press, and is available at negativecapabilitypress.org and Amazon.com.

Busy as always, she is scheduled to teach a poetry writing class titled “Finding the Poet Within” at Faulkner State Community College in Fairhope, beginning in the Fall semester, registration for which can be made by phone with the Center for Professional Development at (251) 990-0445 or online at www.faulknerstate.edu/programs/cpd

And if all the above isn't enough, she is a featured poet on "Culturally Speaking with Tod Jonson, Man About Town, on WABF-AM 1220 in Fairhope, which airs each Thursday from 10:30am to 11:00am.

Why We Don’t Speak Poetry
(An observation.)
P.T. Paul
PTPhantazein@gmail.com

Imagine that you are a peasant in London in 1603, and you’re standing in the mud of the Globe Theatre on the banks of the Thames River, listening to actors disguised as various characters declare their undying love or hate or envy for each other. You’re called a “Groundling” and you have paid a penny to stand in “the pit” and stare up in wide wonder at the pageantry playing out on the stage above you. Did I mention that you - and all the other peasants standing in the mud - are unable to read or write? Did I point out that there was no public school system, no standardized method of instruction, no public libraries, no inexpensive system of mass reproduction and distribution of printed materials, and that only the wealthy and privileged might ever learn to even sign their own names? Did I mention that there might have been only one handwritten copy of this particular play, which the actors had to share to memorize their parts? Oh, and finally, did I mention that the entire play was probably written in rhyme and iambic pentameter?
So, why would Shakespeare write entire plays as poetry? Was poetry the accepted method of communication? Did the entire population walk around greeting each other in rhyming couplets? Did customers in restaurants order in sonnet form? Were court cases and weddings – as portrayed in Shakespeare’s plays – actually conducted in meter and rhyme?
No. The accepted method of communication then – as now – was prose.
Then, as now, one of the first things we humans are taught is to communicate verbally – to speak – by repeating what we hear. From the moment we enter school, the first priority is to expand on those verbal skills to learn to read and write. We learn to recognize written words, then to write them, we are taught to fit the written words together to form sentences, to fit the sentences together to form paragraphs, each step building upon the previous one until we can effectively communicate, from the shortest note to the longest novel. This standardization of written - and spoken - language places us, literally, on the same communication page. And although the average person standing in the mud of the Globe Theatre may never have progressed beyond learning basic verbal skills, just like the well educated, they spoke prose.
So, why would Shakespeare disregard prose – the accepted method of communication – and write his plays as poetry?
Simply put, to help his actors – and his audience – remember what was said.
Consider the meter Shakespeare typically used: iambic pentameter. The most important aspects of iambic pentameter are that the length of a line is roughly the length of a breath, and that the rhythm mimics the beat of a human heart. By using this length and this meter, Shakespeare was giving his actors enough words in a line, written in a comfortable, familiar rhythm, to allow them to speak naturally. By using rhyme, he was helping them remember what came next. And, in a society where the town crier, not the Press Register, announces everything from merchants’ advertisements to notice of tax increases to obituaries of notable citizens, every memory aid is appreciated. 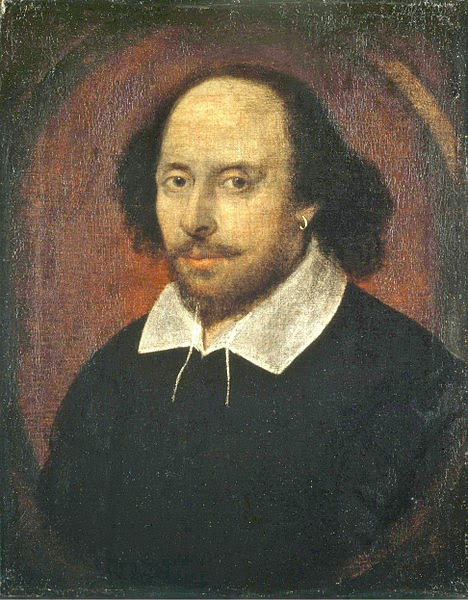 So, how effective were Shakespeare’s methods, and how popular were his plays?
In the absence of radio, television, and film, Shakespeare’s plays were the hot ticket in entertainment. And, to his everlasting credit, Shakespeare wrote them in English, at a time when this “common language” was generally considered too vulgar for such an exalted art as poetry. Because of this, peasants and gentry alike walked away quoting lines they had just heard on the stage. Many of his coined words and phrases actually became part of the spoken language and are still in common use. He was, simply, one of the most influential writers of his day – or any day.
So, why aren’t we all speaking poetry?
Ease and efficiency, not entertainment, are still the goals of basic communication. Prose, for the most part, is unambiguous and can be as simple or complex as the situation requires. Point in fact, you are reading this in prose right now.
But, that does not explain the continued popularity of poetry. Nor does it explain the fact that Shakespeare’s plays, written in meter and rhyme, are still being performed all over the world. However, even the illiterate Groundlings crowded into the pit of the Globe theatre in 1603 realized, from the moment the curtain was raised, that they were in the presence of something extraordinary, and the poetry they heard lifted them – if only metaphorically – above the mud of their everyday existence. So, yes, we speak prose for basic communication – but to express the magical, the memorable, the uncommon within us, we speak poetry.
And, like the Groundlings, we even occasionally speak Shakespeare.

To Be or Not? What do you think?  Mahala

Posted by Mahala Church at 1:51 PM