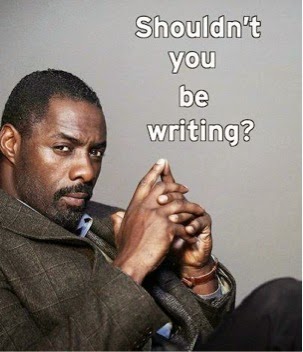 cj Sez: I have heard some writers say they believe a story's hook can arrive sometime in the first paragraph. I believe that may be true for some genres. In "olden times," the hook might have been left to the end of the first chapter. In modern times, no reader will wait THAT long to find a reason to continue reading.  Chapter ending hooks are one thing, but the overall hook for the story, the one that will entice your reader to enter into your story will need to arrive early on. Modern readers quite often look for that all-important story hook to arrive in the first line or two, especially in thrillers, suspense, action/adventure, mysteries, etc., etc. (even romance).

Just to give you writers a little inspiration to go with your perspiration, below are several famous authors' first lines.

"If you are interested in stories with happy endings, you would be better off reading some other book." The Bad Beginning by Lemony Snicket

"The office of the university president looked like the front parlor of a successful Victorian whorehouse." The Godwulf Manuscript  by Robert B. Parker (The book that introduced his successful Spenser character in 1973.)

"Late afternoon Chloe and Kelly were having cocktails at the Rattlesnake Club, the two seated on the far side of the dining room by themselves: Chloe talking, Kelly listening, Chloe trying to get Kelly to help entertain Anthony Paradiso, an eighty-four-year-old guy who was paying her five thousand a week to be his girlfriend." Mr. Paradise Elmore Leonard

"Not every 13-year-old girl is accused of murder, brought to trial, and found guilty." The True Confessions of Charlotte Doyle by Avi

"In my younger and more vulnerable years my father gave me some advice that I've been turning over in my mind ever since." The Great Gatsby by F. Scott Fitzgerald

If you're writing a series, here are some first and last lines of Harry Potter books: (I love these.)

Harry Potter and the Sorcerer's Stone First: Mr. and Mrs. Dursley of number four, Privet Drive, were proud to say that they were perfectly normal, thank you very much."  Last: "I'm going to have a lot of fun with Dudley this summer . . . ."

Harry Potter and the Half-Blood Prince First: "It was nearing midnight and the Prime Minister was sitting in his office, reading a long memo that was slipping through his brain without leaving the slightest trace of meaning behind." Last: "His hand closed automatically around the fake Horcrux, but in spite of everything, in spite of the dark and twisting path he saw stretching ahead for himself, in spite of the final meeting with Valdemort he knew must come, whether in a month, in a year, or in ten, he felt his heart lift at the thought that there was still one last golden day of peace left to enjoy with Ron and Hermione."

Take another look at your first line . . . Would it lure your reader to come along for the rest of your story?

Okay, that's it for now. My computer is up and down in minutes, so this post has been a gift of time. You-all guys keep on keeping on, and I'll try to do the same.

cj
PS: The artwork is off of my Facebook page.
Posted by Lyrical Pens at 4:55 PM