cj Sez:  I typed THE END on my manuscript, submitted it to a publisher, and was accepted. Yay. The novel is done! . . except I'm not done. And I want to talk about that paradox again, because it's not The End, really. Now comes the hard part: Marketing the beautiful baby.


Marketing is a job not just for the newly published who either self-published or managed to attract the attention of a publisher. More and more publishers, including the one who publishes James Patterson's novels, are asking how large your electronic footprint is because they expect you to help market your own creation. Are you on Facebook? Do you have a website? Do you Tweet? Linkedin? The answers to all of these questions, I believe, have come to play a significant part in a publisher’s acceptance of the manuscript.


The ultimate goal of marketing is, of course, to garner and increase sales. However, the other side of the coin is: Successful authors need to personally connect with their readers. Actually, they “must” connect with their readers. That means authors doing readings at book clubs and libraries, book signings, and, if we’re lucky, media interviews. All of those tasks require (gasp) public speaking.


For me, the prospect of public speaking is not all that comfortable … for some writers, it’s terrifying. A writer’s normal milieu is quiet and solitude in front of a computer or with pen pressed to paper. We’re watchers . . . we observe the behaviors of other people and take copious notes for future story/character ideas. Being the watch-ee takes me totally out of my comfort zone.


That’s where a pre-planned (or “canned,” if you prefer) stump speech comes into play. It’s a great tool to reinstate some degree of confidence. Authors on the stump for sales and readers need to spend time developing a speech that can be easily modified for their diverse audiences. What follows are a few processes I use to calm my racing heart when I’m about to go on display in front of strangers. 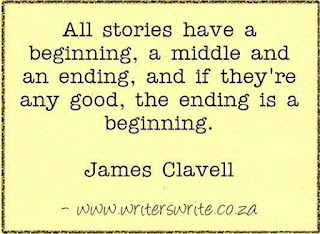 I wrote a flexible stump speech when Deadly Star launched. I’ll modify that for my new romantic suspense (Big Reveal Here), Choosing Carter, when it’s launched in the next few months.


Here's a synopsis of what I learned in a writer’s speech class: Start with an anecdote geared to that audience…try for something that involves finding myself in an awkward situation. Go into a brief bio, including why I use a pen name and how I chose it. Follow up with something about how the story developed, the characters, and read two or three excerpts.

I print out my speech in large, bold, double-spaced type and practice reading it. That helps me with timing the length of my presentation and makes me familiar enough with the script that I don’t have keep my head down to read it word-by-word and line-by-line. I can wing some of it, ad lib a bit, and hopefully make occasional eye contact with someone. Caveat for public speaking: It’s important to really know your story and your characters, because the Q&A will turn up some surprising questions.


The other thing I can do to get more comfortable is to stop by the bookstore or library where I’m going to speak and get familiar with the space. Another trick is to attend someone else’s reading…that takes a lot of the mystery out of the event.


I’m working on revising my stump speech for Choosing Carter, but of course, public speaking is subject to nerves sending me off script. How are you doing with yours?

That’s all for now. You-all guys keep on keeping on, and I’ll try to do the same.
﻿
cj


PS: Writers live and writhe on reviews, but this note from a friended author came across my Facebook page today. The moral is: We want them, solicit them, need them, but take your reviews with a grain of salt:


“You have officially arrived when someone makes a Goodreads account JUST to one-star your book that isn't even out yet. Ha! Do watch for the trolls, ladies. They are everywhere.”
Posted by Lyrical Pens at 7:00 AM