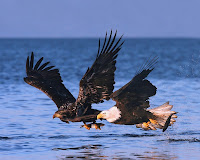 In between sanding, staining, varnishing, waiting for that coat to dry and then sanding, varnishing, waiting, ad infinitum over the next three days, I’m spending my down time reading Stieg Larsson’s “The Girl With the Dragon Tattoo.” And (drum roll, please) I am enjoying it.
Yeah, I know. It starts slow and is a little harsh for my tastes in spots. It also has a LOT of backstory narrative but that doesn’t throw me far out of the story because much of it is incorporated into dialogue.
The thing that has happened, though, is that I have bought into the well-drawn characters. I’ve agreed to go along for the ride. And, for me, that’s what a good story does. Even when I can pick apart the book technically—it is, after all, Larsson’s first and an English translation at that—the plot lines remain and I want to see how they evolve. I was laugh-out-loud thrilled when I identified where he tied together what I had thought were several disparate stories.

I keep wondering if he outlined all three books in the series before he wrote the first one. I can’t outline one before I start writing.

I have to get back to work on the new front door and sidelight before the paint brush dries board-stiff, but you keep on keeping on, and I’ll try to do the same.

Note: The Jeff Johnston picture (taken in Homer, Alaska) is called “Hit & Miss” – kind of like how my brain works when I’m writing. Click on it to enlarge the view. The darker bird hanging on to his catch is the younger one. Mr. Experienced American Bald-Head is the adult who’s lost his lunch. FYI, the picture is not a computerized composite. The young one flew into the frame just as Jeff snapped the picture of the adult.
Posted by Lyrical Pens at 11:07 PM