Congratulations to Terry Rozum who won the grand prize for her submission to the January MAC contest. Terry's creative use of the two required words - hangover and new year - was a good example of how writers see and use words. Terry's bio was posted with her December winning entry, so check back posts. 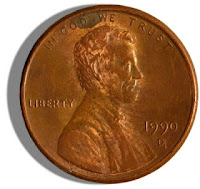 Five-year-old January Jemison just knew that if she could hang over the edge of the deck she could reach the bright penny she had spied in the gutter below. Her small hands reaching as far as her short stubby arms could, she could feel her center of gravity shifting; fear gripped her as she began to fall.

Suddenly, her father's muscled arm gripped her waist. " I got’cha, baby. My little one, this would be no way to start the new year. Falling onto the driveway might make your head ache like you had been up drinking all night!"


Congratulations to Mary Ivey for winning second prize this month with her unique entry that gives us Earthlings a bird's eye view of our New Year's traditions. Mary's bio is posted in her winning submission for December's contest. Mary's creative sci-fi interpretation of the two words required - hangover and new year are a fun read.

Starting December 31st and ending in the small hours of January 1st, the Earthlings engage in a non-stop Bacchanalia involving drinking of spirits, dancing in the streets, and excessive kissing. To experience the phenomenon fully, I teleported several bottles of the aforementioned spirits on board the starship. Ensuing events are a blur. Today I’m suffering from what the humans call a hangover, and I’m told I made improper advances toward a shipmate. I’m currently investigating the Earth enigma “hair of the dog.” Will forward particulars.

Get those little gray cells working and get in an entry for February.