Brenna Meehan took on a huge topic when using pictures as prompts.


The sky was burning late at night in the Philippines. It was actually burning, with the flames of hatred and war. I had been taken as a prisoner into the enemy camp when American army decided to bomb this very camp.


At this point, the guards had left, so I was running back to American camp as fast as I could. I was dodging fireballs left and right. One landed to my right, a few feet away from me. I felt searing pain in my right arm and spreading. I could hear my wife’s voice ringing in my head.


“Take all the safety precautions you can, Jake. Please. We need you,” her sweet voice said on the night before I was shipped off.


I dropped to the ground and rolled like a dog. The pain was alleviating. I jumped and ran towards some bushes on the outer edge of the camp. I burst through them and ran, without missing a beat. I coughed until all of the smoke was gone from my lungs. They felt like they were burning as well as my arm. I decided that I would wait to check that later.

After twenty minutes of running and hiding at any noise I heard, I found a tree house. It looked like any other house, just ten feet off the ground. There was a deep trench between the house and me. I walked along the edge and found a wooden bridge, which I used, against all my instincts. I scouted out the area.


I didn’t find anyone or anything in or around the grounds. The door was locked, but I kicked it open. I went inside the house, which was abandoned in darkness. The numbness in my arm was starting to dissipate. I slammed the door back and found a chair and a lantern. I then examined my arm. Second degree burns. All my adrenaline was running out too. I could taste blood and smell smoke still. My arm was burning, but I ignored it.


The house was empty of people. I found a bedroom, kitchen, bathroom, and closet filled with clothes and a rifle. I decided that I would sleep here for the night since the house looked untouched. I took the rifle and sat on the bed for a while. Watching. Waiting. Then the tentacles of exhaustion began to take me down into the abyss of sleep. 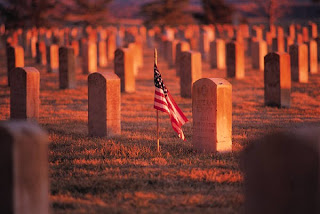 At first, I dreamed of singing dogs and dancing cats. Then, suddenly, I was standing on a mountain in a tropical area. I turned around and saw Pearl Harbor. A military truck drove by with two men in it. I thought to myself, What day is it?


One of the men turned his head towards me as the truck passed by. “December 7, 1941,” he said. That’s impossible. It was December 5 when I fell asleep.


I heard a low rumble. I looked up to see Japanese planes. Objects began falling into Pearl Harbor. I watched in horror as men and buildings fell. It was over before I knew it. Almost nothing left. A bomb dropped on me. Then I was standing in the middle of a city square. Where am I? I thought.


A man walked by. “Hiroshima, Japan,” he said, almost to himself.


I heard the unmistakable low rumble again. My mouth was dry, but I could taste salt. I smelled fuel as I looked up to see American planes. I could feel my hair standing on end. The plane dropped an object. Suddenly, Hiroshima was gone. It had been a nuke. I woke up immediately.


I knew my destiny. To make sure this war ended without any more bloodshed than was already destined.
Brenna Meehan
Age 14
Good job, Brenna!    Mahala
Posted by Mahala Church at 9:14 AM