Do you believe the English language is difficult?

cj Sez:  Here are a few of the community outreach programs that Simon & Schuster is doing:

Besides partnering with storm-relief national and local nonprofit organizations to provide books for displaced adults and children AND donating 250 “Best Of” titles to Texas public schools and libraries affected by Hurricane Harvey (Librarians who need information on the offer should email education.library@simonandschuster.com ), it has been announced that S&S will be offering the same support to Florida organizations affected by Hurricane Irma.

A reminder of how fluid and difficult the English language is (from a 2014 post):

This quote came from fellow blogger, Sol Sanders a few years ago:  “Perhaps the glory of the English language is that it so expressive. Its remarkable heterogeneous origins have given it an almost limitless vocabulary. And American English, particularly, has used that tool with an enormous flexibility to make it the international means of communication. One is able with a minimum of linguistic dexterity to capture every meaning, or almost every nuance.” 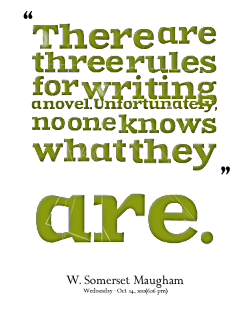 Mr. Sanders’s comments were part of an introduction to his essay on what today’s journalism and media do with the English language. The gist of his blog was that journalism and media people over-complicate their sentences with words that muddy their meanings—changing nouns into verbs and, perhaps, calling a shovel a “hand-held, earth-moving tool.” My take is that media and journalists employ an old trick of confusing the issue to persuade readers to their (the writer/editor’s) points of view

I’ll admit to a few personal dislikes of those words with muddied meanings. One is the word “impactful;” a noun turned into a verb turned into an adjective by adding ful on the end. What the Sam Hill does that really mean?

The fact is, the English language is a living language. It’s constantly evolving as we create new words and new definitions in response to new technology. The rather sad result is that the generations cease to understand each other at an almost exponential pace. Many times I need an interpreter to understand teen-talk, and I can’t text (a noun turned into a verb because of technology), like my family does for fear I’d forget how to spell. 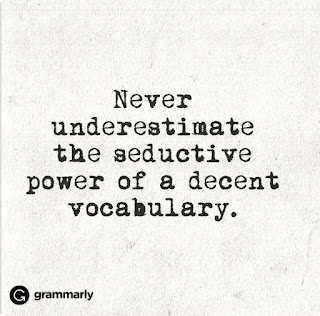 Still, for me as a genre writer, the gloriously expressive English language is what makes my craft so fascinating. I adore language and anyone who accurately uses a large vocabulary with familiar ease—especially if he has a warm, baritone voice and a sense of humor. Oh my.

Yes, I use nouns as verbs. Yes, I deliberately obfuscate . . . and add the disclaimer that it’s for the sake of mystery. I am drawn to the syntax, symbolism, and syncopation of a well-drafted sentence that is the hallmark of successful mystery/thriller/ suspense novelists. It’s using that “minimum of linguistic dexterity to capture every meaning, or almost every nuance” that appeals to me, and, I think, to readers of those genres. They want to try to decipher the code, find the clues, and solve the crime. Mystery writers like trying to confuse the issue. 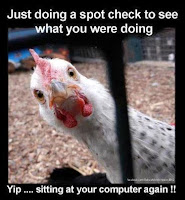 Okay, that’s all for today. You-all guys keep on keeping on and I’ll try to do the same. 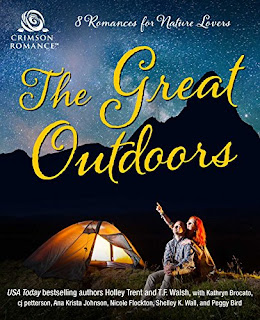 The Great Outdoors  8 book publisher’s bundle (includes Choosing Carter) @99 cents
Bodies in Motion — 10 book publisher’s bundle (includes Choosing Carter) @99 cents
Note: The “look inside” invitation on the book bundles gives you a taste of the first book.
Newsletter sign-up:  cjpetterson@gmail.com
Stop by my author pages for more info . . .
Simon&Schuster Author Page
Amazon Central Author Page
Pop Quiz: The royalties on the publisher’s bundles are shared among the number of authors in the bundles. Guess how much that amounts to. (Obviously, I write for the sheer joy of writing ... I do, but I’m also thrilled to be a published author. Thank you.)