It's Mardi Gras Season in Mobile...and in New Orleans

cj Sez:   Along the Gulf Coast, Mardi Gras is a month-long season, and Mobile, Alabama, has an ongoing debate with New Orleans, Louisiana, about which was the first U.S. city to celebrate Mardi Gras. Hmm. Well, we know who that is. 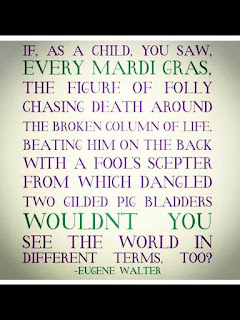 What do you think? Would a duel between the mayors of Mobile and NOLA satisfy the doubters? 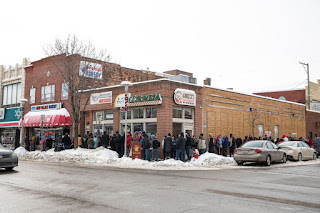 When I lived in Detroit, Mardi Gras was a one-day affair that many called Pączki Day. Pączki (pronounced "punch-kee" or "ponch-kee") are Polish pillows of pastry with a variety of possible fillings that Detroiters line up outside of the Hamtramck bakeries to buy and eat each year on Fat Tuesday. Someone in my office would get up at 5 a.m. to make a 6 a.m. paczki run to his favorite bakery where he might have to wait in line, in the snow, in sub-zero weather, barefoot, (hee hee NOT) for up to an hour to bring in several boxes (true). 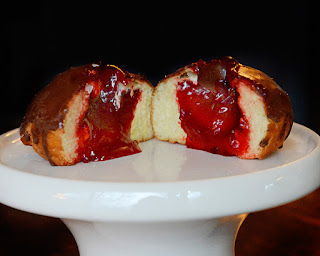 Hamtramck (“The World in Two Square Miles”) is a city located entirely within Detroit’s city limits. The hamlet is the go-to location for pączki because it’s been home to thousands of Polish immigrants since the early 1900s. These yeast-risen and fried doughnuts (that, in the minds of devotees, put the airy jelly-filled versions by Krispy Kreme or Dunkin Donuts to shame) were first made by Polish people who wanted to use up the last of the sugar, lard, and fruit in the house before the austerity of Lent.

Being a writer, I wonder: Is there a mystery story in there somewhere?


Piotr Partook of a Poisonous Pączki and Passed Away on Pascha

By the by, in case you didn’t know, Mardi Gras, the actual day also known as Shrove Tuesday, is February 25 this year. The parades in and around Mobile, however—each of which has a story—started in January.

Lower Alabama’s first 2020 Mardi Gras parade rolled on Dauphin Island on January 25, Mobile’s first one rolled on February 7 and the parades continue until Fat Tuesday, which falls on February 25.
///

Available on Amazon:
In MARDI GRAS PIECES, Mobile Writers Guild members share their stories—some true and some fictional, some funny, some touching, and some downright chilling.

So don your beads and deck yourself out in purple, gold, and green, grab a Moon Pie and relax while you experience a little bit of the Mobile Mardi Gras tradition.

In VALENTINE’S DAY PIECES, the third installment of the Mobile Writers Guild anthology series, members celebrate the traditional romantic aspect of Valentine’s Day with sweet and funny stories of hearts, flowers, and kisses, but they also explore the darkness that surrounds the day with a few tales of intrigue, madness, and murder.
///
Coming next week…a give-away….A paperback of your choice: DEADLY STAR, CHOOSING CARTER, THE POSSE, or VALENTINE'S DAY PIECES. Check out the descriptions on Amazon this week and tell me which one you’d like. You might be the winner of a random draw!

cj
Autographed print copies of CHOOSING CARTER, DEADLY STAR, and THE POSSE are still available at the Haunted Bookshop. TO ORDER (and support an indie bookstore) contact The Haunted Bookshop here: The Haunted Bookshop  Angela Trigg, the awesome owner and an award-winning author in her own right (writing as Angela Quarles) will be happy to ship you the book(s) of your choice. If you’re in Mobile area, do stop in at the book store; it’s a neat place to browse.

These friendly people make a point to shelve the books of local authors, and the Mobile Writers’ Guild anthology series is also available there. If they don’t happen to have any copies of any book(s) you want, they’ll place an order for you.