Bucket Lists Are To Die For

As a registered nurse, I specialized in oncology, and within that specialty, I later worked almost exclusively with patients at the end of their lives, eventually volunteering with hospice. I shared some remarkably special times with my patients and their families. Most people reach a new understanding of themselves when faced with their mortality, and it’s not always pretty.

The emotional changes in some of them were often astonishing. I appreciated their honesty. The majority passed through the various stages of death as chronicled by Dr. Elizabeth Kubler-Ross, rarely in the order of one through five, but in the order that met their needs. Some moved through a stage of grief and then rounded back to it later in their illnesses to complete more work. I wish I could tell you that every patient I met came to a sense of peace before they left this world, but that would be untrue. Ninety percent did, which was very forgiving to the patient, their families, and the staff. Most had last minute messages for someone they cared about, and quite a few revealed long-kept secrets that both pleased and angered their families and friends.

The one thing that I can unequivocally state is that every one of them at some point over the last few weeks mentioned the things they wished they had done, wishes and dreams postponed until too late. A lot of those things had to do with age. Patients over fifty often wished they had kept stronger ties with old friends, classmates, people they had worked. They talked frequently of friends, yet refused to contact them, as it “would feel peculiar now.” Women spent time remembering first dates, late night sleepovers with girlfriends. Men remembered first dates,  gridiron battles. All laughed and cried.

It wasn’t unusual to hear men also talk about the lost time with their children, wishing they had slowed down long enough to make every ball game and dance recital, but mostly, to go on family picnics and bike rides. “I was always worried about money, and all the things I thought they needed. What they needed was me.” They ruminated about lost opportunities to really get to know their children and spend both quiet time and fun time with their wives. I often looked at old photo albums and wrote notes on the backs of pictures for them. This was a time when nurses were at the bedside, and it was a good thing, because patients who were alone truly needed us.

Research has shown time and again that the stressors in our lives, the abandoned dreams, the fear of looking or acting peculiar too often result in chronic or catastrophic illness, but most of us don’t honor our health until it’s too late. We shrink behind our duty to friends, jobs, and family, and somehow, the days slip away one by one. We don’t recognize the freedom that good health bestows on us until it’s a vapor.

What all of these situations have in common is responsibility, but not what you’re probably thinking. I’m talking about the responsibility to give ourselves the luxury of laughing, of enjoying the small things, of reveling in the unabashed rebellion of independence.

If you don’t have a bucket list, grab a piece of paper—a napkin, envelope, grocery list—and write down ten things you will be sad to die and have foregone. Quick, now. Don’t think about it. What are the odds that any of them will get done? If you already have a bucket list, check it over. How long ago did you write it? Have you done even one of the items? 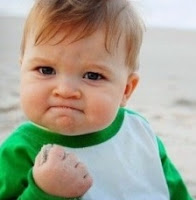 All of the patients I was honored to share time with—100%—wished they
had gathered their courage and shared their feelings—not just positive but negative feelings. They finally understood what had been at stake and what had been lost by not telling others how they felt. Two of my favorite books are The Unlikely Pilgrimage of Harold Fry by Rachel Joyce and her subsequent book, The Love Song of Miss Queenie Hennessey. What I have failed to express in this missive, Joyce does beautifully.

Here is my challenge to you this week.

Don’t die with your stories tucked away in the cupboards of your mind.

Don’t die with your imagination shriveled and dusty.

Don’t die without giving your stories the chance to sit in the sun.