Publisher’s Weekly reported last week that there is a new kid on the book block - Serial Box. The company's product, in beta testing, is another new digital venture; this one offering original serialized fiction in both e-book and audio formats. What surprised me the most about this idea is the team approach to writing the books. I shudder to think what their turnaround time will be?

If you’ve ever watched The Writers’ Room on the Sundance channel, you understand the concept of team writing for television. http://www.sundance.tv/series/the-writers-room. Basically, they get a group of writers in a room and hash out the details for episodes of serialized television shows. If you have participated in a critique group, and I sincerely hope you have, you know what an overwhelming challenge and an empowering exercise this can be.

Serializing stories is not a new idea. From bedtime stories to entice a child to go to sleep for the next installment the falling day to soap operas on the radio to the brilliant Scheherazade who used serialized stories to save her life in One Thousand and One Nights, cliffhangers have been the bread and butter favorites in all writing mediums. I include movies in that in terms of sequels with the same actors. However, creating serial books in a team effort and based on a television script model may be a first. But there is plenty of history to prove that readers in the past have enjoyed serials. In this digital age of hurry up and “git ˊer done”, I give this new venture a maybe in terms of attracting readers.

As with most things, money is behind the initiation of any type of serialization. When a newspaper owner in Paris in 1836 needed to increase the sale of daily newspapers, he envisioned portions of novels published every day as a marketing gimmick. And the name of the first recorded serial novelist is - Drum Roll Please! - Honoré de Balzac. I am not familiar with his work, but he worked on his serial novel, LaComédie humaine from 1829 until he died in 1850. Now that’s good work if you can get it. By the way, he wrote over ninety novels and short stories during his career.

Which came first, I’m not sure, but during the same year that the Paris serial began, the young Charles Dickens published The Pickwick Papers in England, which was a series of engravings with accompanying text. Four installments later, and British readers were sold on the idea and the sale of London's newspapers soared. Publishers of magazines and newspapers hurried to hire writers to adapt their work into serializations. Of course, serialized stories in newspapers have been known to portend riots.

The mania quickly crossed the pond, and Dickens’ fanatics rioted at New York harbor in 1841 anxious for the Brit's newspapers to arrive via ocean and tell them what happened to the sweet Orphan Nell. The following year, a riot in Paris erupted because readers, who were too poor to buy the paper, were worried about the outcome of a cliffhanger in The Mysteries of Paris (Eugene Sue).

While we are still debating whether self-publishing undermines our profession as writers, look at a few impressive classics that were published as serials: The Brother’s Karamazov (Dostoevsky), Huckleberry Finn (Mark Twain), Anna Karenina (Tolstoy), and Uncle Tom’s Cabin (Stowe). I imagine much of the work published in the 19th Century were the forerunners of the funny papers.

As a young mother and household engineer, I read serialized novels by well-known novelists in Good Housekeeping, a magazine that last year resurrected that trend with snippets from now famous novelists in their monthly magazine. Whether you grew up in the time when radio was the favorite medium or experienced your first serial on PBS or Nickelodeon, you are probably familiar with the famous radio serials, Flash Gordon, The Shadow, and The Lone Ranger. And lest we forget, today’s wall-sized televisions brought us Downton Abbey, The Soprano’s, Empire, and Game of Thrones.

Perhaps Serial Box is onto something. As my business co-blogger, c j,  teaches, studying screenplays is a sold foundation for learning to write scenes in novels, so I give the new venture an A for effort. Serialized television has proven that readers are willing to wait months between seasons to see what happens next, which I have to say still annoys me. I like the old way where we had a full season, then the shows took a summer hiatus, but I digress. The Serial Box books/shows (we need an amalgamation - maybe Bows or Shooks) will run 13 - 16 weeks, so that is better than the 6-week stints most serialized television shows currently run.

As for genres, the Publisher’s Weekly article says Serial Box opened September 16 with Book Burners, an ironic title if I ever heard one. It’s a paranormal crime story, which packs under one umbrella two best selling genres of books, shows, and movies. And, of course, the next offering does the same thing. This is all about money and marketing, not literature. I do hasten to add that literature from such notables as Dickens, Agatha Christie, Jane Eyre, Shakespeare, and Arthur Conan Doyle have kept PBS and commercial movies in business for quite some time. Anyway, the next Serial Box offering will be a swashbuckling romance/adventure, Tremontaine, which should suit the bodice tearing faction. Am I being a bit facetious? Of course, I am. I still like to hold a “real” book in my hands.

If none of this rattles your chain, you might like to know that a former, global digital director at Penguin Random House is one of Serial Box’s co-founders, Molly Barton. She makes a good argument. “Why not create original books like a TV series?”

Hum, do I detect the middleman being cut out here? As in, the author of "true" books?

And if you still don’t believe truth is stranger than fiction. Barton’s co-founder is Julian Yap. His credentials? He’s a former, senior counsel in the Justice Department, who formulated the business idea after he realized he wasn’t reading novels because he didn’t have time. Barton is quoted in the PW article saying that he was drawn to more TV and comics because, “there’s no time barrier; you can tune in and tune out. They’re accessible.”

George Carlin would have had a ball with that statement! Other than meeting my deadline to return a book to the library, I've had any trouble with my hard copy or digital books fighting off time barriers. 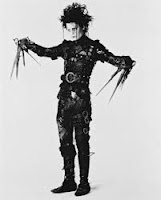 Serial Box points out one of their major differences is their production of original books that are specifically designed for television presentation, which according to Yap is not the same as “chopping up content to serialize it.” That is painful to type, much less think about.

I’m working on the assumption that this means they will, instead, sew together chopped up pieces of a story to create a whole rather than the alternative.

They begin by bouncing the proposals and pitches around with television writers, but they bring in novelists to write the serials. I’m not sure if the original author who pitched the idea is included on the team or in the royalties. Sounds somewhat like a "real" book being turned into a screenplay.

Being a purist, I like to believe that books are written with a final destination to share and teach information to the reader. I know that isn’t true, else why would bodice rippers, vampire suckers, zombie walkers, and psychotic murderers exist in books and on the screen?

Like any other television trend, Serial Box at present is another enigma. I hope they are prepared for the long, long, long lines of agents and writers who will be scrambling to get in to see them. It’s slim pickings out there for most of us.

What say ye?  Bows or Shooks?