This week, cj and I welcome Charles Riley McInnis. Charles grew up Clio, Alabama, a small rural town populated with about a thousand Scots-Irish descendants. He earned his B.A. from Huntingdon College and his M.S. in Physics from Auburn University. He lives in Fairhope, Alabama where he devotes his time to writing with the Five Rivers Writers' Group, teaching computer courses, and traveling. Charles is a member of the Baldwin Writers Group, Mobile Writers Guild, Gulf Coast Writers Association, and the Alabama Writer's Forum. His fiction has won numerous awards including first place in the Gulf Coast Writers Association's winter writing contest, and he was their featured writer for February 2012. His short story, "Mim's Ensign" was published in the April 2012 edition of the Magnolia Quarterly. He won second place in two of the Baldwin Writers Group's 2011 writing contests and is published in their anthology, Collected Words: From Writers of the Southern Coast,


And if all that wasn’t enough Charles made it as a finalist in not one, but two categories in the 2012 Faulkner contests—was a short list finalist for the 2012 poetry competition and his short story was a semi-finalist! You have the opportunity to read some of Charles work online in the Southern Delta Literary Magazine. https://sites.google.com/site/southerndeltamagazine. Keep an eye on this guy. He's going places in the literary world.

The line between traditional brick-and-mortar publishing and self-publishing is fading. Writers are learning how to use online publishers to produce and market quality work effectively. After studying the status of the publishing world for the past year, I have found the following five items to be important if you are considering self-publishing.

1. A book should be regarded as a product designed to provide entertainment or information to an adequate segment of the reading population. Beginning writers see themselves as artists. They fail to think of writing and publishing as a business. Publishers must make a profit to stay in business. If the publishers do not believe that your book will turn an acceptable profit, there is no reason for them to publish it.

2. If your work was rejected for publication, it did not fit the publisher’s current economic model. Your work may be well written and contain entertainment or information, but does it contain entertainment or information for which readers will pay? The traditional publisher must provide a capital outlay to publish your book. Your self-publishing and economic plan will be different and should require less capital outlay. In addition, you have control and can work on your time table.

3. After completing your work, subject it to quality control. Have it reviewed and edited. Publish your book so that it meets the highest standards of comparable books. Do not place a substandard product on the market. Your reputation as writer and publisher is at stake.

4. When preparing to self-publish, don't be a jack-of-all-trades. Find a master to do those things that you don't do well, especially the items critical to success. Book cover design and a professional editing are essential to success. Be sure to format your book properly before publishing it. Engage a competent editor.

5. Start early with a marketing plan. Put your best business suit on early and draw up a plan that includes marketing. Target your readers and keep them in mind as you write. Develop an interesting author profile and include it on your book cover. Learn to use social media effectively to market your product.


Success in self-publishing comes from producing a quality product that is attractive to a sizable portion of the public. Produce a well-designed product that fills a need of the readers. Produce such a product and market it vigorously, and you will be successful. The cream always rises to the top, regardless of the container. Got milk? 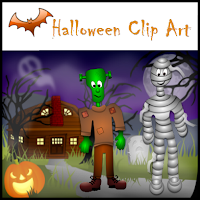 I'm with Charles. Get the bolts and bits and pieces of your new creation wrapped tightly before sending it  into the unsuspecting world to be published, no matter who does the dirty work.
Mahala

Posted by Mahala Church at 4:29 PM