cj Sez:  Lyrical Pens is delighted to shine the spotlight today on Mystery Thriller Week author Miriam A. Averna who hails from England. 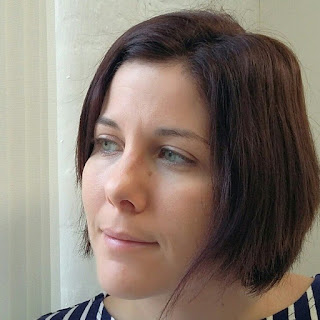 Miriam writes horror, dark, mystery, twisted or just plain weird stories. She lives in Milton Keynes, England, but was born in sunny Sicily. She enjoys writing flash fiction, short stories, and No Cure for Fear is her first-ever novel. When not writing, she likes keeping fit, the odd bit of gardening, attempting to play the guitar, and cataloguing ales and craft beers in her head.

Her first novel, No Cure for Fear, is a gritty, medical thriller that asks the question: can anyone be truly altruistic?  (cj Sez: A poser, for sure.) As in all good mysteries, the characters in this thriller have exceptional wants and needs, but there is always someone or something in the way to achieving their goals. Miriam has graciously agreed to let us read an excerpt from the book. Read on . . .

Eddy Miller, a local graffiti artist and cocaine dealer, has only one goal – to save enough money for his terminally ill sister’s care. When a blast from his past, Ralph, makes him an offer he can’t refuse, he ignores his gut feeling and takes on a dubious medical trial. This, in exchange for a chance to keep all the profits from the sale of a synthetic type of cocaine. But when things start going wrong, will Eddy care enough to put a stop to the trial? And what really lies behind the secretive medical firm producing these drugs?

Here is an excerpt from No Cure for Fear: 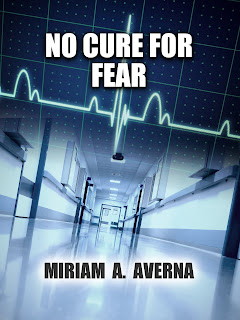 Dr Ripley knew she had to give him something to chew on, open a window of information.  A window that only showed what the owner wanted others to see, a set piece, like an art installation.  The house remained locked and the key, well she knew its location but the man currently scolding her over the phone had it very much in a firm grip.
‘Sir I made a decision based on the situation.  He was in here demanding info.  I had to give him something, he’s so volatile he would’ve walked for certain!’
‘You did not have to give him anything!  Don’t you understand how this works Andrea?!  I tell you what to say and to whom.  If you can be intimidated by a jumped up junior lab assistant, then I really overestimated your character.  Maybe you aren’t the right person for the job after all.’
Dr Ripley resented that last comment and felt a spark of anger ignite in her.
‘With all due respect, Sir, did it ever occur to you that I did it to gain his trust, share something with him so that he feels a sense of affinity and responsibility to me?  To MEDiChem?  You say I have a lot to lose, but so does he and everyone else involved in this.’  She’d never spoken to him like that before and felt a flutter of nerves, but it needed to be said.  It was a long time before he spoke again.
‘Do I have to remind you for whom you work for?’ he said calmly.
‘No Sir, you do not.’
‘And you are fully aware what is at stake here?’
‘Yes I do and I know that the potential gain far outweighs the risks.  I am aware of that Sir and I'm prepared to take those risks for the greater good, for the organisation.’
‘I see.  And what you told this lab assistant, Ralph was it?’
‘Yes.’
‘Will not affect the trial or the participants’ cooperation?
‘No, I don’t believe it will.’  She hesitated a moment then spoke again, figuring she might as well be upfront.
‘I told him that there had been some side effects for some of the participants in the US trial.  Auditory disturbances, but not what their fates had been.’
‘Yes, that would not have been wise.  The one that is still alive continues to rave about mind control drugs but the nurses have him mostly sedated, the episodes are becoming less frequent.’  He exhaled deeply.  Dr Ripley pictured an expensive cigar between his chunky fingers.  ‘We cannot afford for this to happen again.  The sample needs to be one consisting of citizens that will not be missed should something happen.’
‘I know Sir, I know.  And it is.  This is why I chose Ralph.  The full history check revealed his acquaintance and their connections.  Coupled with his shady past, he’s perfect.  He will get the job done, of that I am confident.’
‘OK, Andrea…just one more thing.  Does he know anything about the other drug? Or the organisation, who we work for?’
‘Of course not Sir!’ she couldn’t believe he would even ask.  ‘I thought you knew me better than that’.
‘I don’t even know myself, Andrea, especially when it comes to large sums of money.  I’ll be in touch.  Don’t say anything else, to anyone.’
‘I won’t Sir, goodbye.’
She hung up the receiver and leant back in her swivel chair, hands clasped behind her head.  That was intense.  She exhaled deeply through pursed lips and looked at the busy lab beyond her office doors.  From her desk, she could see Ralph, currently at his computer, typing furiously and looking up every now and again.  He looked directly at her and gave her an awkward smile looking from side to side as he did.  He really is an odd person.  She raised her head ever so slightly to acknowledge the exchange and quickly averted her gaze to her monitor, distracted by a ping from her computer.  Yet another inane email.
Frustrated she stood up from her chair and walked her long, slim, legs across the office and flicked the blinds so that she could have some privacy.  The filing cabinet she kept permanently shut was to her left and the only key to it was, as always, in a custom stitched pocket on her suspender belt.  A rush of adrenaline surged through her, as it always did whenever she accessed this cabinet.  The truth that lay within it was hers to know only, which only fuelled her haughty demeanour.  Even though she was totally fully up to speed with the finer details of the trial, she needed to feel the emblem stamped on the file.  The idiosyncrasy of this ritual was for her enjoyment only.  She removed it from the hanging folder, closed and locked the cabinet, returning the key to its rightful place and sat back down.  Closing her eyes, she rested her hand on the file, tracing her finger around the emblem; the crown, the eagle, the swords and finally the anchor before opening her dark brown eyes to gaze upon the logo itself.  Reading the accompanying words moved her in a way she would not ever confess to anyone.
TOP SECRET. BY ORDER OF HER MAJESTY’s GOVERNMENT.
Her future lay before her in the form of an assignment.  This assignment.  One that would make her very powerful indeed.

***
If you enjoyed this excerpt, why not check out the rest of the book?
(And if you’re “thinking about it,” maybe this review that Lyrical Pens pulled from Amazon will help: “No Cure for Fear was amazing! It was gripping, exciting, edge-of-your-seat action... I don't normally read medical thrillers, but I'm glad I made the exception for this one.”)

cj Sez: Thanks, Miriam, for sharing that excerpt. The story indeed does sound like a thriller. Okay, that’s it for today. You-all guys keep on keeping on, and I’ll try to do the same. And, if you’ve got a moment, I’m sure Miriam would like to hear from you, so drop her a comment, and when you read the book, an Amazon review would be nice.

Coming 2017—“Bad Day at Round Rock” a short story in The Posse,
a Western anthology of tales of action, romance, mystery, myth, and truth.
cjpetterson@gmail.com
cjpetterson/author on Facebook
Simon&Schuster Author Page
Amazon Central Author Page
blog at: www.lyricalpens.com
https://mysterythrillerweek.com/
Posted by Lyrical Pens at 5:00 AM