cj Sez: Marketing a new launch is a tough job…but all you authors know that. That’s what’s had me tied up for the last few weeks. Well that, Mystery Thriller Week, and trying to get into the nitty gritty of having another go at editing my private detective story. I did type The End on the manuscript, but of course, that just means the beginning of “once more, with feeling this time.” 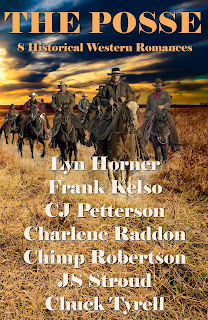 Back to marketing The Posse anthology
My short story, “Bad Day at Round Rock,” is included in the anthology and here’s an excerpt:

3 dead in blazing gun fight
—Williamson County Deputy Sheriff Alijah Caige Grimes was killed Friday in a shootout with outlaws Sam Bass, Seaborn Barnes, and Frank Jackson.
The conscientious Deputy Grimes happened to see the Bass gang ride into town wearing pistols, which is against the law in Round Rock. He followed the outlaws to Kopperal’s Store whereupon Bass fired six shots, killing the lawman instantly.
The outlaws were already on their horses when Texas Ranger Dick Ware ran out of the barbershop, still wearing shaving foam and a barber’s cape, and shot Bass and Barnes out of their saddles. Barnes was dead when he hit the ground. The resourceful Jackson laid down covering gunfire while he helped the injured Bass climb back onto his horse after which they rode out of town. Jackson was heard to yell at a negligent parent to move a small child to safety.
Texas Rangers tracked down the mortally wounded Bass on Saturday and brought him back to Round Rock where he died on Sunday, July 21, his 27th birthday. The sheriff said he believed the gang came to town intending to rob the Williamson County Bank, unaware that the Texas Rangers had been tipped off and were waiting for them.
The Rangers warned residents to be on the lookout for gang member Frank Jackson, who is still at large. 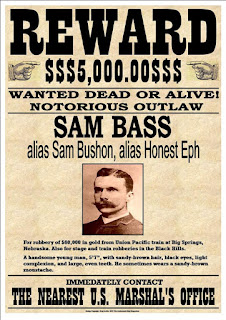 Fellow Posse author Charlene Raddon hosted me yesterday on her blog. I think I might have even been the first guest on her brand new website. Do drop by and tell us what you think.
http://charleneraddonsparlor.blogspot.com/2017/03/come-meet-marilyn-johnston.html 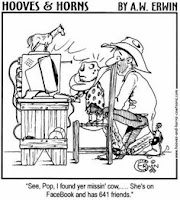 There will be wonderful prizes. And if you sign up for my newsletter during the event, I’ll gift you one of my ebooks.

In the meantime, you-all guys keep on keeping on, and I’ll try to do the same.

PS:  Stop by Wednesday, March 8, for a guest post by Ellen Behrens. Ellen writes a unique series about two retirees who live full time in an RV and go around the country solving mysteries.

PPS: *Tom Selleck’s picture is up there because I thought you might like to see what Anders Olsson, the love interest in “Bad Day at Round Rock,’ looks like…Tom is the spit ‘n image of Anders.